A bone of contention amongst viewers of the Iron Fist has been his official suit. The original comics showcased a very tight, spandex-like green suit with yellow hemming. The suit itself was nothing short of a leotard and would definitely look out of place in the Netflix series. Although the suit looked similar to Danny’s monk robes, the original suit also showed off the majority of his chest and frame. Many fans yearn for a similar suit with a majority thinking that the show will never be whole until the suit reveals itself.

The below picture reveals a behind-the-scenes look at an old Iron Fist from the 1940’s. The stuntman wore the traditional mask and had a more combat-ready outfit. One of the main ideas for introducing a new costume now is that it feels right after The Defenders. Danny Rand (Finn Jones) has now begun to shape himself as a hero and has even evolved with the help of his super friends.

The outfit teased in Episode 8 of The Defenders is not the traditional costume, but it suits Danny more than the spandex ever would. One reason why is due to the nature and tone of the Netflix Marvel Universe. The shows are known to be dark, and having Danny parading around in a bright green and yellow jumpsuit is hardly subtle, especially as he will be on the streets.

His new outfit is both practical and subtle. He has a simple khaki green fleece/jumper with a yellow stripe. Although the picture is dark he also appears to have a sash or spare material wrapped around his thigh. This could be the mask he has taken off, or simply material used for a tourniquet. This is similar to Daredevil’s season 1 outfit. It’s also a nice touch that he is similar to Matt in stance as he watches over the city.

Finn Jones himself has expressed a desire to be in full costume. It might well be that we see a more military style look from the character. Thus far, the style of the show has modeled itself around subtle khaki colours that not only show his signature green, but also look similar to past Iron Fist’s (1940). It would also seem to make sense that Danny Rand cannot operate as a street fighter without being seen or known, so he would have to wear an eye mask for identity protection. Either way, his outfit is not garish and looks like something that could be worn as a non-hero.

Ready for season 2? Check out the 10 Things We Could Expect. 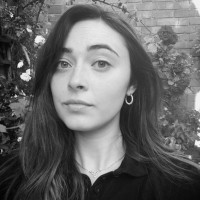 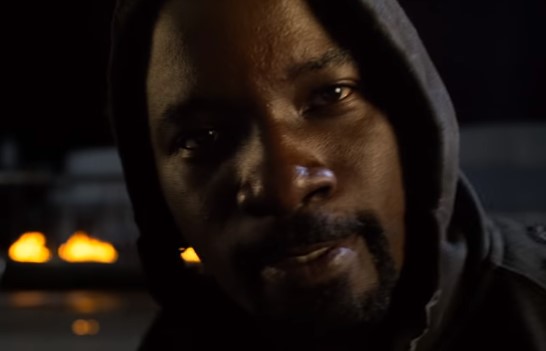