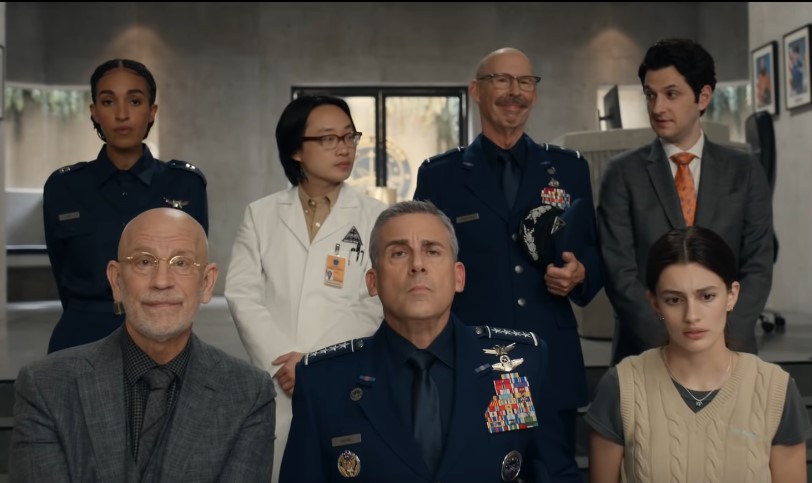 The first season of Netflix Space Force may not have passed with flying colors, but Greg Daniels and Steve Carell have been given a second chance with this new season. The series is set to return in three weeks, and we have a new trailer bringing back the amazingly fun cast.

Check out the Space Force season 2 trailer down here:

Of course, we shouldn’t forget that Season 2 is also going to have its share of guest stars. The Office fans will remember Tim Meadows, and Parks and Recreation lovers won’t forget Patton Oswalt and his epic Star Wars/Marvel filibuster pitch.

Showrunner Greg Daniels may not have cracked the formula for starting the series with a great first season, but he always manages to get back up (with spectacular results, I might add) when it comes to Season 2 of his shows. Hopefully Space Force manages to get on its feet this February, and Netflix will have filled that Office-shaped hole that was left by the series moving over to Peacock.

A four-star general begrudgingly teams up with an eccentric scientist to get the U.S. military’s newest agency — Space Force — ready for lift-off.

Space Force 2 comes back to Netflix on Feb. 18.