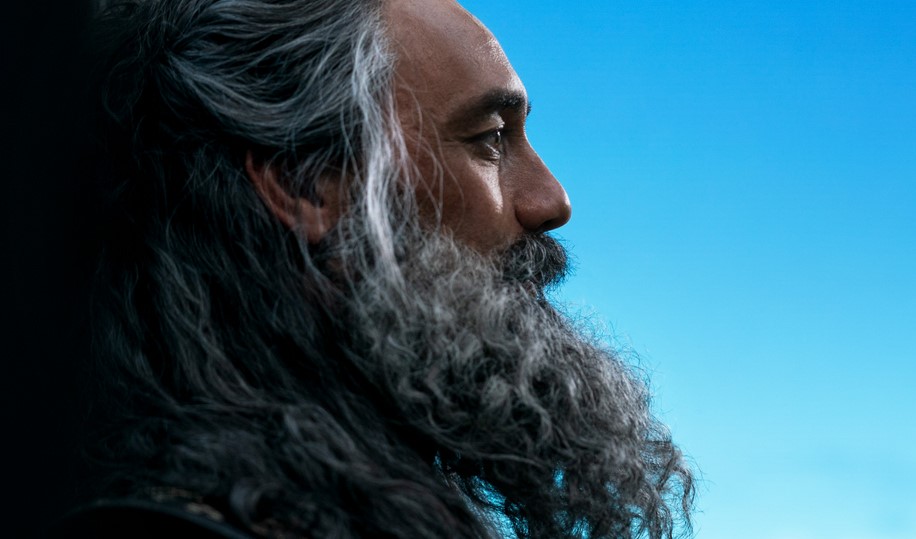 Marvel fans may be waiting for Thor: Love and Thunder later this year, but you can catch director Taika Waititi onscreen in the upcoming pirate comedy Our Flag Means Death. Waititi is set to play the infamous pirate Blackbeard, we have a look at him (and longtime collaborator Rhys Darby) in the first trailer from HBO Max.

In this series based on a true story, aristocrat Stede Bonnet (Darby) leaves his pampered life to become a pirate, and he catches the attention of one Blackbeard (Waititi) who he eventually teams up with.

Talking to Entertainment Weekly, showrunner David Jenkins had this to say about the lead character Stede Bonnet:

“This guy had one of the world’s great, colorful midlife crises… That’s a great way into a show in any genre, but to mix that with pirates, I was like, ‘Oh, this is fantastic.’

Though Darby has been a longtime comedy actor with roles in Flight of the Conchords, Hunt for the Wilderpeopl, and What We Do in the Shadows, this is actually the first time that we see him in a lead role. If anything, it kind of looks like he’s playing the Michael Scott to this merry band of office workers—only they’re pirates.

Besides Darby and Waititi, some crew members are played by Joel Fry (Cruella), Ewen Bremmer (Trainspotting), and Krisitian Naird (Game of Thrones). Other big comedy actors like Leslie Jones and Fred Armisen are also set to make an appearance.