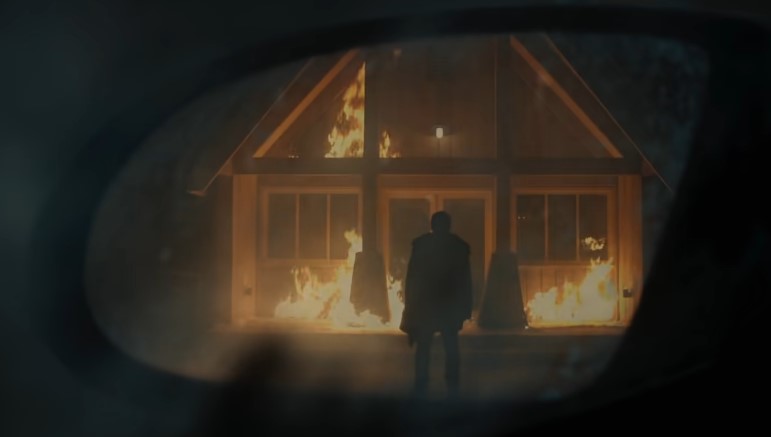 We’ve had murder mystery films before, but 20th Century Studios’ No Exit teases what I’d like to call a ‘kidnap mystery’. Watch the first trailer here, and see what I mean.

In “No Exit,” Havana Rose Liu (“Mayday”) makes her feature film leading role debut as Darby, a young woman en route to a family emergency who is stranded by a blizzard and forced to find shelter at a highway rest area with a group of strangers. When she stumbles across an abducted girl in a van in the parking lot, it sets her on a terrifying life-or-death struggle to discover who among them is the kidnapper.

The movie is actually based on a 2017 novel from Taylor Adams of the same name, and it looks like all the elements from the book have made it into the film. If we’re talking movie influences though, it kind of feels a lot like a non-sci-fi version of The Shining, with the ‘monster’ hiding among everyone, and nobody being able to escape thanks to a blizzard. I guess you can also compare it to Quentin Taratino’s Hateful Eight.

No Exit was supposed to come out in theaters, but seeing the situation of the pandemic, it would’ve made sense to release it on streaming. Though Spider-Man: No Way Home made money in the box office, other critically acclaimed properties like West Side Story and The Last Duel had officially bombed in the current box office climate. Hopefully No Exit still manages to please.