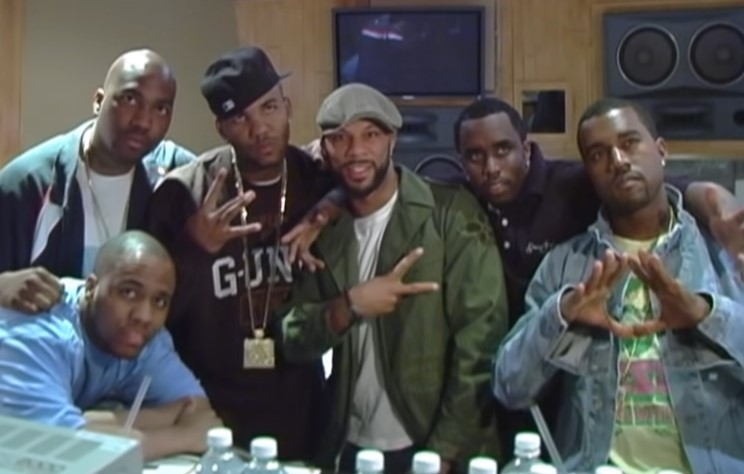 Kanye West has kind of become a meme of a celebrity in these recent years, but for a while he was one of the hottest rappers of his generation. In an upcoming docuseries from Netflix, we get to watch the rise of Kanye West, told from the eyes of Clarence ‘Coodie’ Simmons.

Here’s the first trailer for jeen-yuhs: A Kanye Trilogy:

Twenty-one years ago, Clarence ‘Coodie’ Simmons met Kanye West and saw something so special that he moved from Chicago to New York City to document Ye’s journey to become the next great rapper. Neither of them had any idea where just how far that journey would take them.

The docuseries is set to run for three episodes and is described as a ‘three-week global event.’ The footage actually spans two decades of Kanye’s life, and we get to watch him from his start just making beats for people to him actually making it as one of the biggest artists in the world.

Oddly enough, after the Sundance premiere, Kanye had asked filmmakers Coodie and Chike to allow him to collaborate when it comes to the edit that would hit Netflix, but it seems that he’s dropped the request. Talking to Rolling Stone, Coodie was asked about Kanye’s wish to be in the editing room, to which he replied:

“I asked him, ‘Did he watch the film?’ And he said, ‘I have a process,’… I said, ‘That’s great that you got your process.’ And we just talked as brothers from that point.”

The premiere episode of jeen-yuhs: A Kanye Trilogy hits Netflix on Feb. 16.