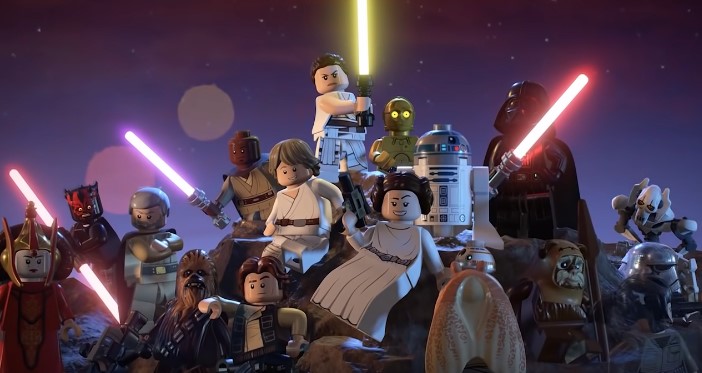 After years of waiting, we finally have a release date for LEGO Star Wars: The Skywalker Saga, and to top it off, we also have a new video giving us a full gameplay overview.

Check it out the trailer for LEGO Star Wars: The Skywalker Saga down here:

As the trailer also revealed, the game will finally release on April 5, 2022.

If you’ve played the original LEGO Star Wars games for the PS3 generation, you’ll know that they were pretty extensive and full of Easter Eggs, and it looks like this reboot is going to be aiming for the same elements.

Besides including chapters that will focus on every film in the main Skywalker Saga, players are also encouraged to explore each world, and find meticulously placed Easter Eggs.

I guess one improvement that this game makes is the fighting style of each character.  With the original games having very plain and simple controls for a massive roster of characters, it looks like each character will have special abilities (and even a skill tree) that could help them traverse fights and maps in their own unique way.

It’s been a long delay, but hopefully the wait has been worth it. With fans having to wait a long while before Star Wars hits the big screen again, this is going to provide a much needed Star Wars fix that hasn’t been met since The Rise of Skywalker came out in 2019.

The galaxy is yours with LEGO Star Wars™: The Skywalker Saga! Play through all nine saga films in a brand-new video game unlike any other. With over 300 playable characters, over 100 vehicles, and 23 planets to explore, the galaxy has never been more fun!

LEGO Star Wars: The Skywalker Saga will be available for PS4, Xbox One, PC, and Nintendo Switch on April 5.