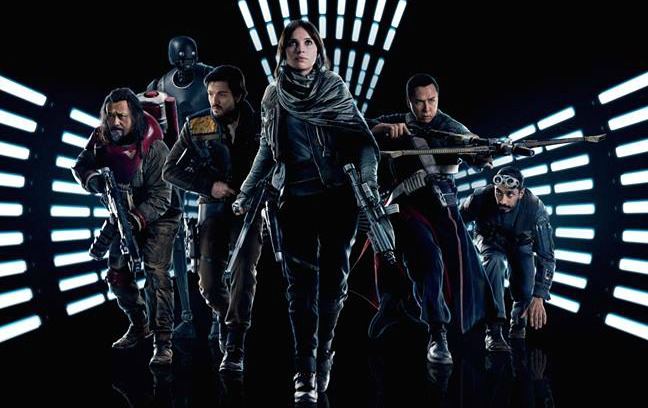 The official Star Wars Movies Facebook page has unveiled two new Rogue One: A Star Wars Story posters for Japan and South Korea. Take a look at them below:

It’s interesting how each poster is clearly trying to market the movie in a different way. The Japanese poster focuses on the film’s female lead (Felicity Jones as Jyn Erso) and the iconography of the Death Star in the clouds behind her. Meanwhile, the South Korean poster plays up Rogue One‘s ensemble cast. With the band of rebels stalking through the Death Star corridors, it is consciously positing the film as a heist movie. The first one, on the other hand, seems to be going for a ‘lone hero against the mighty forces of evil’ vibe. Both are valid takes on the movie. Though if we had to pick a favourite poster, it would have to be the Japanese one.

From Lucasfilm comes the first of the Star Wars standalone films, Rogue One: A Star Wars Story, an all-new epic adventure. In a time of conflict, a group of unlikely heroes band together on a mission to steal the plans to the Death Star, the Empire’s ultimate weapon of destruction. This key event in the Star Wars timeline brings together ordinary people who choose to do extraordinary things, and in doing so, become part of something greater than themselves.