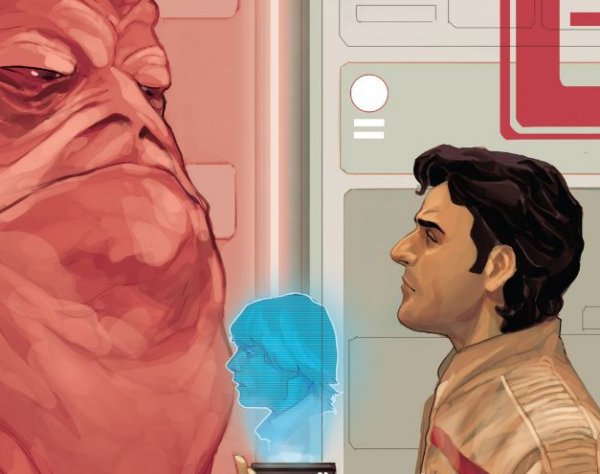 The Force Awakens, to the surprise of some, is my favorite Star Wars movie. It was easily my most anticipated movie ever, and my God, did it deliver. Sure, it may have borrowed from previous installments, but it still felt new and had a lot of heart. It worked so well because of the fun and compelling characters, old and new. Finn and Rey as well as the inclusion of Han, Luke, and Leia all made the movie special.

The stand-out for me was the “best damn pilot in the galaxy,” Poe Dameron. Oscar Issac brought so much energy and charisma to the role. He had me as soon as he asked Kylo Ren, “Do I talk first or you talk first? I talk first?” I wanted more from him in the film, though, and I think that’s why I like the comic series so far. It’s all about Poe.

The story picks up after the events of the previous three issues. Black Squadron’s search for Lor San Tekka continues after they are given a clue to his whereabouts. Megalox Beta is a prison for some of the most ruthless criminals in the galaxy, including Grakkus the Hutt. Grakkus was a well-known collector of Jedi artifacts until he was imprisoned, and San Tekka is very interested in his collection. The prison itself is incredibly dangerous and is completely run by the criminals. It’s very much like an Arkham City in a Star Wars context, and the danger is evident when they enter.

What I like so far about the run is that it never puts Black Squadron in the same situation twice. The first three issues had them pretty much confined to their ships with the exception of Poe. This time they’re completely reliant on their skills with a blaster and each other. Their teamwork and chemistry is evident. They’re outnumbered but make good work of the criminals.

The team itself is great. It includes two previous characters we’ve seen in canon so far: Snap Wexley and L’ulo. Wexley previously appeared in Aftermath and TFA and L’ulo helped Poe’s mother in Shattered Empire. As a big fan of the new canon, it’s very cool to see all these characters in different stories. It adds a level of continuity the canon desperately needed. There’s no doubt that these are the best pilots in the galaxy. What’s clear is they all have an incredible respect for Poe, and he considers them family.

Speaking of Poe, Soule does a great job of writing him. His charm and charisma come flying off the page. This was the character I loved in The Force Awakens, and it’s clear Soule understands him.

Agent Terex is the perfect counter to Poe and is easily one of my favorite new villains. The more and more the comic reveals about him, the more interesting he becomes. He has connections everywhere, and he reveals little tid-bits about himself each issue. He’s obviously working for the First Order, but it feels like it’s personal for him, and he perpetually has a chip on his shoulder. I might be alone in this, but he looks and feels like a Bond villain. Sorry to all you Brits, but he looks like he’d have some sort of superior British accent and would laugh at my self-assumed intelligence. 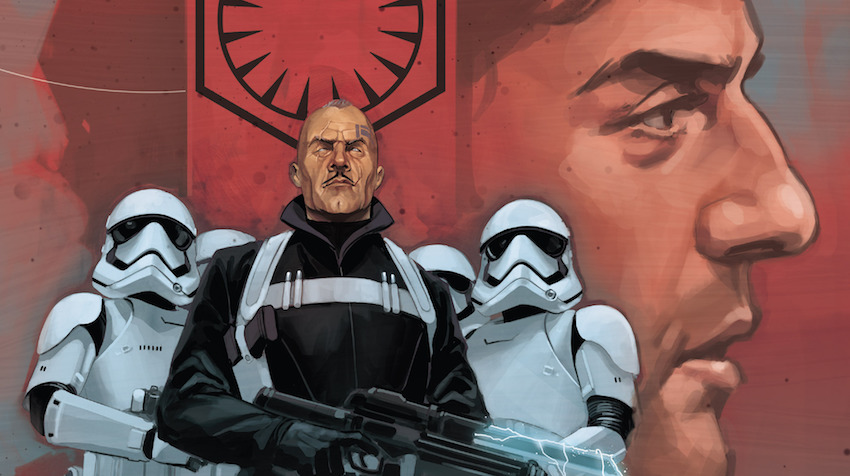 A bit of criticism: While the story as a whole is good, the fifth issue is a bit weak. The ending is underwhelming, and I can’t help wonder why they chose that to end on. Also, given that we know how they find San Tekka in The Force Awakens, it takes the danger out of the story. It’s very nit-picky, but it’s there.

The art is gorgeous, as per our previous review. The colors are vivid and brings these characters to life. Phil Noto deserves a lot of praise.

The story as a whole is very good, so far. I wasn’t a big fan of the fifth issue, but that shouldn’t stop you from continuing the series. It does justice to the “best damn pilot in the galaxy,” and is a nice entry to the canon.

Poe Dameron #4 & #5 continues the search for Lor San Tekka, featuring a great team in Black Squadron as well as a great villain in Agent Terex. The fifth issue falters a little, but that shouldn’t stop you from picking it up.