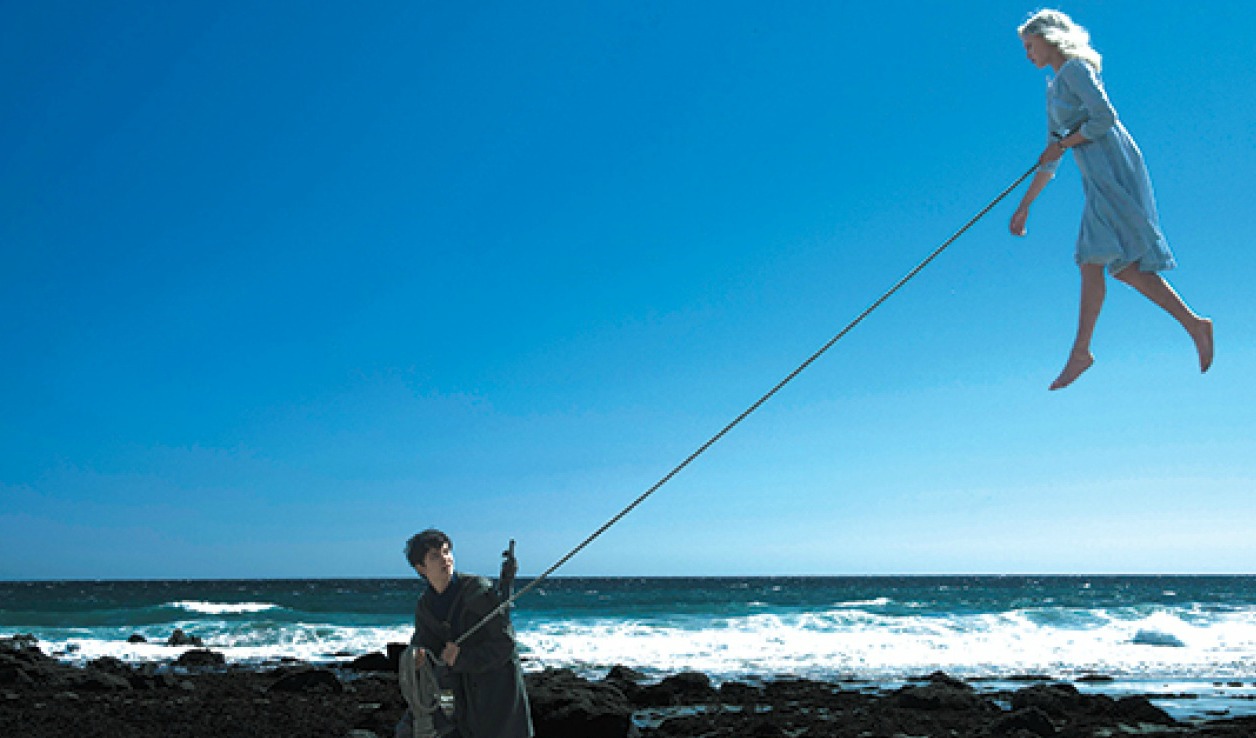 We are now just seven days away from the release of Miss Peregrine’s Home for Peculiar Children, which is eagerly awaited by two sets of viewers. On the one hand, YA lovers are excited to see Ransom Rigg’s unique photo novel make it to the screen. On the other, Tim Burton aficionados are hoping the director has found the perfect material to get him back to his best after a series of recent misses (Alice in Wonderland, Dark Shadows).

Ahead of the movie’s release, 20th Century Fox have revealed two new featurettes about the film. The first will do much to appease Burtonites. Titled ‘The Vision of Tim Burton’, it features the cast chatting about the filmic style and enthusiasm of the Edward Scissorhands director. Apparently, he is back on fine form in this movie.

The second covers a bit of publicity where a scene from the movie – Emma levitating up to a tree – is recreated in front of excited onlookers near by Tower Bridge in London.

From visionary director Tim Burton, and based upon the best-selling novel, comes an unforgettable motion picture experience. When Jake discovers clues to a mystery that spans alternate realities and times, he uncovers a secret refuge known as Miss Peregrine’s Home for Peculiar Children. As he learns about the residents and their unusual abilities, Jake realizes that safety is an illusion, and danger lurks in the form of powerful, hidden enemies. Jake must figure out who is real, who can be trusted, and who he really is.