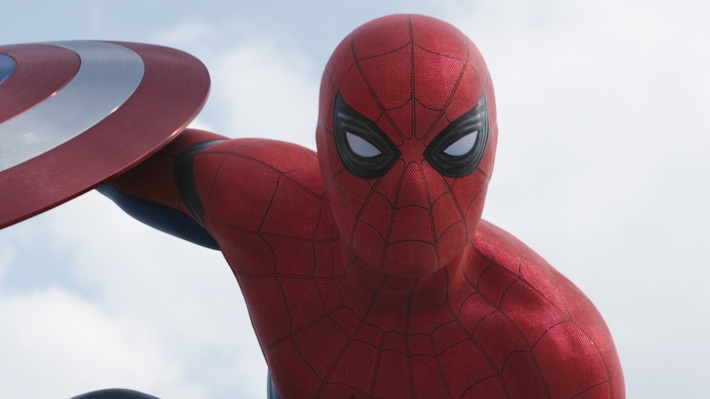 With Captain America: Civil War now in UK cinemas (and shortly about to arrive in the US), audiences are finally getting a look at Tom Holland’s latest incarnation of Spider-Man, as the character interacts with the Avengers for the first time on the big screen. This is something that will only continue as the MCU goes forward, seeing as Robert Downey Jr has been confirmed to star in the hero’s upcoming solo movie Spider-Man: Homecoming.

It turns out, though, that having Iron Man on board has not whet Tom Holland’s appetite for working with other heroes. In an interview with MTV, the 19 year-old actor revealed that he would be up for Captain America turning up in his movie as well. See what he had to say in the video below:

Yes, Tom, that would be really cool. But is this just a pipe dream of the actor’s or something that is actually being planned? We shall just have to wait and see…

Meanwhile, Captain America: Civil War directors Joe and Anthony Russo have hinted at just how Iron Man will figure into Homecoming. Speaking to IGN, Joe explained that: “I think that this mentor relationship that Tony has developed with Peter Parker is probably one of the most interesting things the universe has moving forward.”

By the sounds of it, then, Tony Stark will be something of a father figure to young Spidey. Maybe there will even be love in the air for Tony and Aunt May and Peter will find himself with a new uncle? Could be. Well, no, probably not.