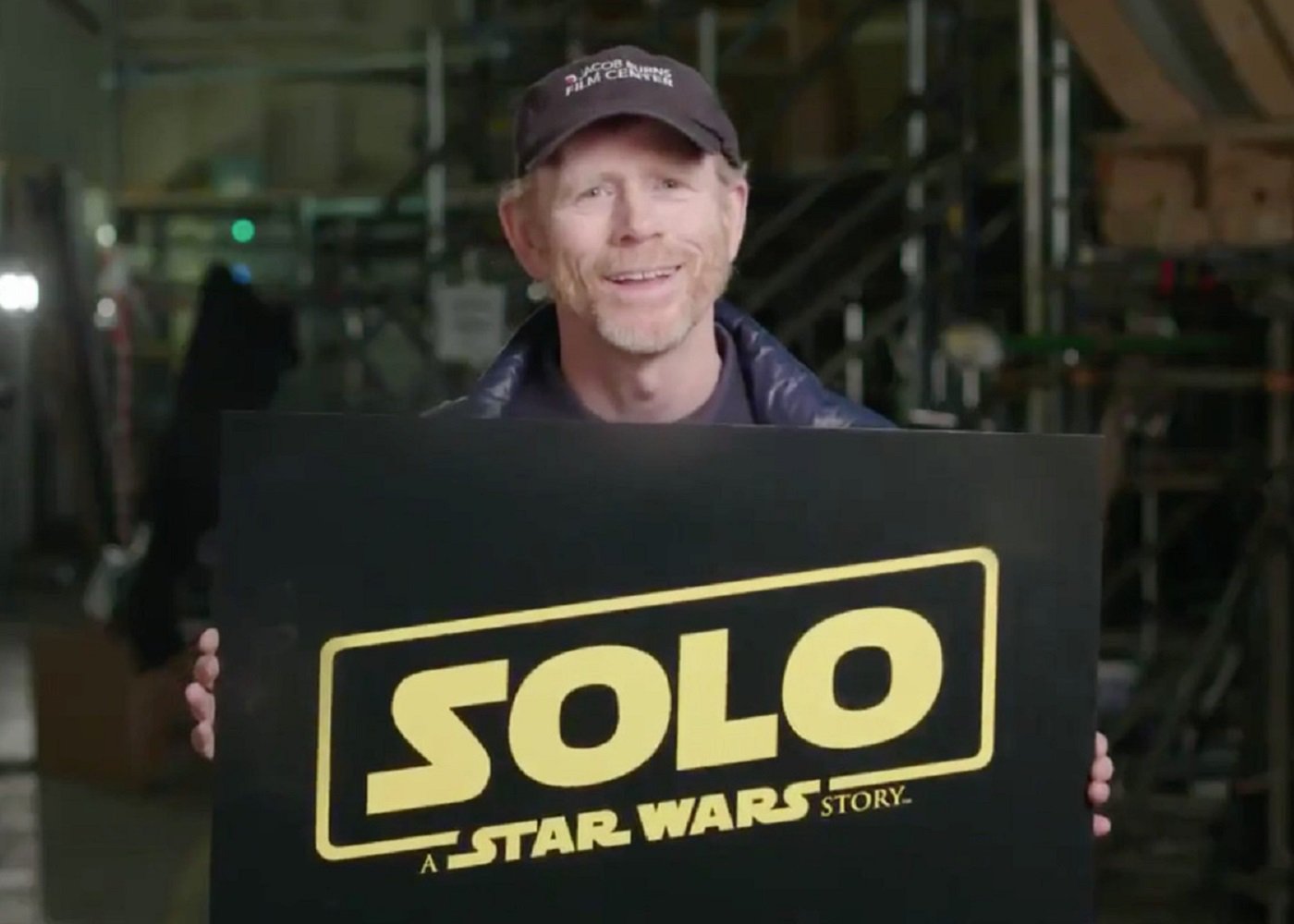 Ron Howard took to Twitter today for a dual announcement regarding the movie we’ve long known only as Untitled Han Solo Film. Production has wrapped on what we can now officially call Solo: A Star Wars Story.

After months of secrecy surrounding the title, and a fair share of drama behind the camera, Untitled Han Solo Film is finally titled, and with a fairly easy to predict title at that. Whatever reason for waiting this long to officially announce the movie’s name, it has allowed Howard to mark the end of production with a certain amount of fanfare.

As he references in the video he tweeted, Howard has been using his Twitter feed to build hype for the young Han Solo film, tweeting out sneak peeks and behind the scenes moments, even teasing the infamous Kessel Run, which as all Star Wars fans know, the Millennium Falcon completed in only 12 parsecs. Perhaps if Howard includes the Kessel Run in Solo we’ll finally figure out what exactly that means, given that parsecs are a measure of space, not time. Howard’s social media work and enthusiasm for the project has been important in trying to move the film past the well-publicized difficulties it faced prior to him coming on board.

Howard isn’t the only Star Wars director taking to social media to celebrate completing work on his movie. Rian Johnson recently posted a celebratory selfie with his crew after finishing his final cut of The Last Jedi. Solo isn’t quite as far along as Last Jedi: Howard still needs to complete post-production. However, wrapping photography in October means that we may well see the first trailer for Solo in December, when Last Jedi hits theaters.