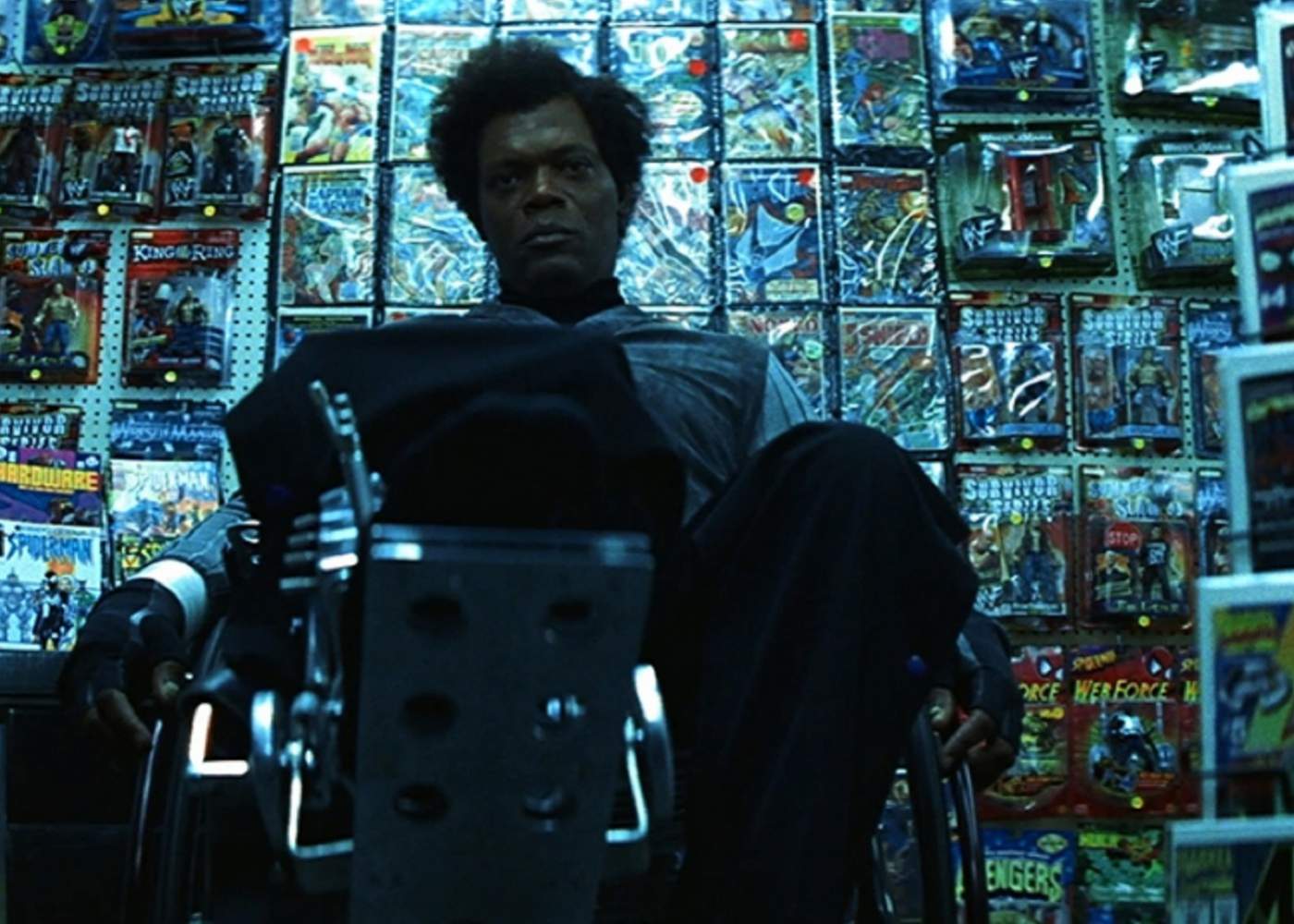 The stars of Unbreakable and Split are set to collide, as Glass filming has begun. Writer/director M. Night Shyamalan announced the start of Glass filming through a tweet of the first slate.

Glass is the follow-up to 2017’s Split, which (surprise twist) was itself revealed in the final moments to be a follow-up to 2000’s Unbreakable. According to Universal, Glass will see Unbreakable’s invulnerable hero David Dunn (Bruce Willis) attempting to hunt down Split’s multiple-personality monster the Beast (James McAvoy), with Dunn’s old friend-turned-nemesis Elijah Price (Samuel L. Jackson), aka Mr. Glass, pulling strings behind the scenes.

Also in the mix is the Beast’s almost-victim Casey Cooke (Anna Taylor-Joy). Just over a week ago, Taylor-Joy posted a celebratory Instagram post over receiving the script, but as to what Casey’s role will be in the story, and whose side she ends up on, she and her director are staying quiet.

Shyamalan has been very vocal about Glass filming over Twitter, beginning with announcing the joint sequel and that Willis, McAvoy, Jackson, and Taylor-Joy would all be reprising their roles. According to the writer/director, Glass is planned to shoot for 39 days, which given the announced 2019 release date gives plenty of time for editing or any necessary reshoots.

The enthusiasm for starting work on Glass is understandable, as Split was a career revival for Shyamalan following the disappointing The Last Airbender and After Earth. And Glass allows him to follow up on that success while also revisiting one of his most beloved films.

Two other cast members from Unbreakable will be reprising their roles: Spencer Treat Clark as Dunn’s son, and Charlayne Woodard as Price’s mother. Joining the returning cast is a new face, American Horror Story’s Sarah Paulson in a mystery role.