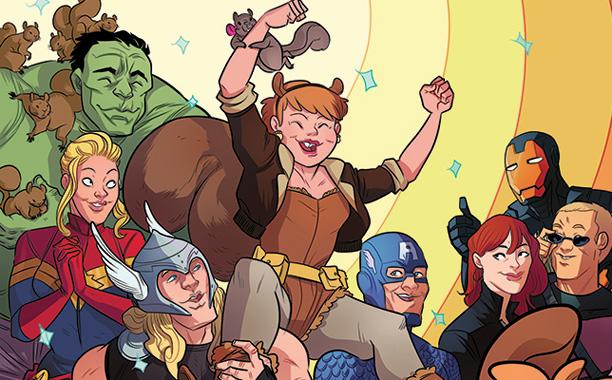 A few weeks ago the internet got very excited when Anna Kendrick expressed interest in playing lesser-known but fan-favourite character Squirrel Girl on the screen. It seems Marvel has taken this reaction on board – it’s now come out that the heroine might star in her own show.

TVLine are reporting that Marvel Studios and ABC are currently working on a half-hour comedy show that would star the New Warriors, a group of teen heroes, with the protagonist being the unbeatable Doreen Green. Though the parties involved declined to comment on the story, TVLine cited that their “sources confirm that the half-hour project is currently being shopped around to cable and streaming outlets.”

Fans may recall that Marvel were previously working on another comedy series called Damage Control, about the unfortunate souls whose job it is to clear up the mess superheroes cause when saving the city. Quite what The New Warriors means for that show is not yet known.

The series also follows hot on the heels of the news that the studio is working on Runaways, another TV show centred around teen heroes. Like how the Netflix shows swap characters and Agent Carter used to pop up on Agents of SHIELD, we may well be about to see the creation of another bubble of the MCU.

In case you don’t know, the New Warriors are the younger counterpoint to The Avengers and have sported an ever-changing roster of heroes over the years. Squirrel Girl isn’t usually portrayed as one of the team, but she previously appeared with them on the Ultimate Spider-Man cartoon. Squirrel Girl is most known for her ability to talk to squirrels, but she is also superstrong and superfast.

Sadly for Kendrick, it looks like she won’t get the chance to play the character – as we imagine the movie actress would be too busy to commit to a TV show. Is there anyone else you would like to see play the character? Leave your thoughts in the comments.