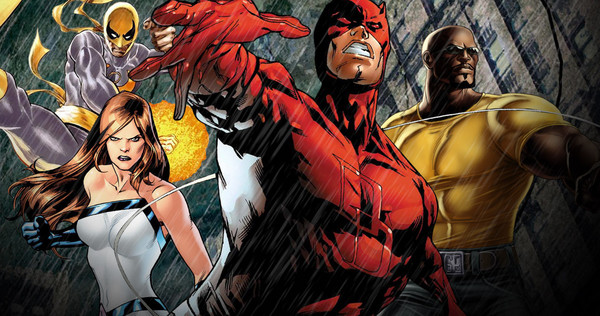 The great thing about the Marvel Cinematic Universe is that everything is connected. Even the Netflix original TV series, like Daredevil and Jessica Jones, which have drastically different tones from the movies, exist in the same world. As such, fans have been hoping the TV heroes, soon to be grouped together the for team-up show The Defenders, might cross over to the big screen for the upcoming two-part movie extravaganza Avengers: Infinity War.

Sadly, that doesn’t seem too likely. In an interview with BadTaste.it, Captain America: Civil War directors Joe and Anthony Russo talked about the challenges of taking hold of the entirety of the movie side of the MCU, and how that is enough to work with without factoring in the TV shows. Here’s what they had to say:

“The Marvel Universe is sprawling – the Marvel Cinematic Universe is enormous. Just think of all the characters that haven’t been introduced yet that are going to be introduced by the time that we’re working on Infinity War. We have a tough task just telling the stories of the characters who exist [on the big screen] in the Marvel Cinematic Universe, let alone adding the entire Marvel Television universe.

Anything is possible in Marvel. It’s certainly something we’re considering. But our focus is on telling the stories of the characters that currently exist on the movie side.”

So there you have it. Basically, “who knows what will happen, but don’t go into the movies expecting Daredevil to team up with Captain America.” They do say it is something they are considering, so that does suggest there is still hope.

In the meantime, Captain America: Civil War is in cinemas right now in the UK and in the US on May 6th. The Defenders is set to start filming soon and will feature Daredevil’s Doug Petrie and Marco Ramirez as showrunners.