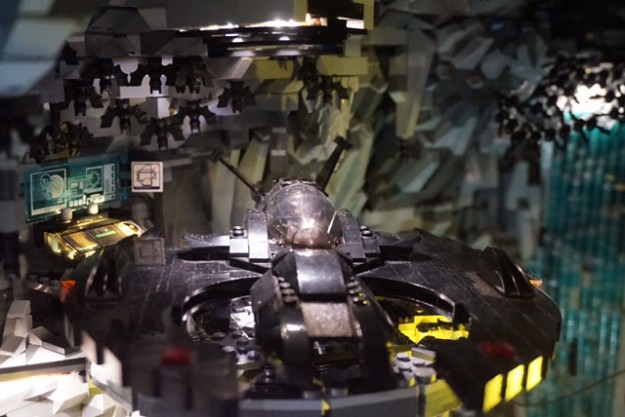 Anyone can scour the internet in search of the ultimate batcave fan builds; they will all impress. LEGO is always adding to the phenomenon with their continuous support of Batman related build sets, like the Classic TV Series Batcave released earlier this year. But Dan Glasure took a different approach.

Packed into a smaller space than the typical Batcave would require, the scrunched build took inspiration from various designs of the Batcave and incorporated them into one. Full of detail and nods to Bat-lore, Glasures build features: the Batwing, the Batmobile, the Batcomputer, the Bat’s Laboratory and Arsenal, and much more. It’s no wonder it took him two months to build.

Speaking with The Brothers Brick, Glasure noted how he chose to differentiate his LEGO build from the rest.

“When I set out to build our Batcave MOC, I was well aware there was already some stunning MOC’s out there. So my goal was never ‘to be the biggest or best’. Rather, I simply hoped to take a little different approach. My thought was to have a ‘working’ Batcave. I wanted it to look as if this was where ‘The World’s Greatest Detective’ spent a lot of time. Perhaps in his workshop, or in his labs, or working on turbine engines for his vehicles (though maybe that’s Alfred’s job!).”

Check out highlights of the amazing build below.