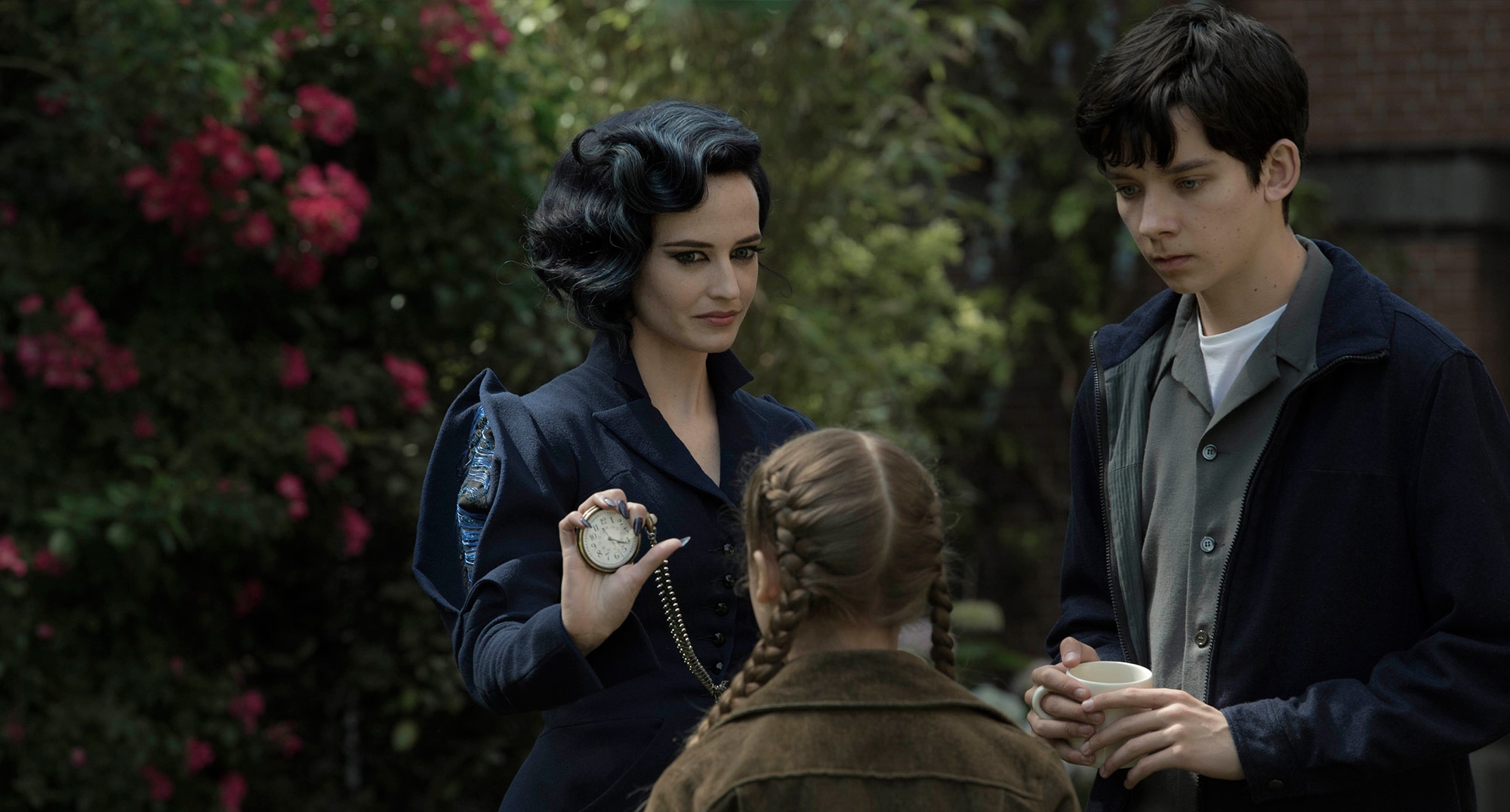 With the film’s release now imminent, 20th Century Fox are ramping up the promotion for Miss Peregrine’s Home for Peculiar Children. For instance, they have just released a new, if short, clip from the movie. Watch it below:

Snippets of this sequence have been previously seen in the trailers, but this is our first glimpse of it in full. The scene shows the eponymous Miss Peregrine (Eva Green) introducing newcomer Jake Portman (Asa Butterfield) to a few of the ‘peculiar’ kids under her care. These include invisible boy Millard, two costumed twins, the seemingly normal Claire and Hugh, a boy who has perhaps the weirdest peculiarity of all – the ability to spit bees out of his mouth.

These characters will be familiar to fans of the bestselling novel that the movie is based on. Authored by Ransom Riggs, Miss Peregrine’s Home for Peculiar Children had the distinctive gimmick of being inspired by old photos the writer had collected. These were also included in the book as illustrations. It is not yet known how this element will be translated for the screen.

Read the synopsis for the movie here:

From visionary director Tim Burton, and based upon the best-selling novel, comes an unforgettable motion picture experience. When Jake discovers clues to a mystery that spans alternate realities and times, he uncovers a secret refuge known as Miss Peregrine’s Home for Peculiar Children. As he learns about the residents and their unusual abilities, Jake realizes that safety is an illusion, and danger lurks in the form of powerful, hidden enemies. Jake must figure out who is real, who can be trusted, and who he really is.