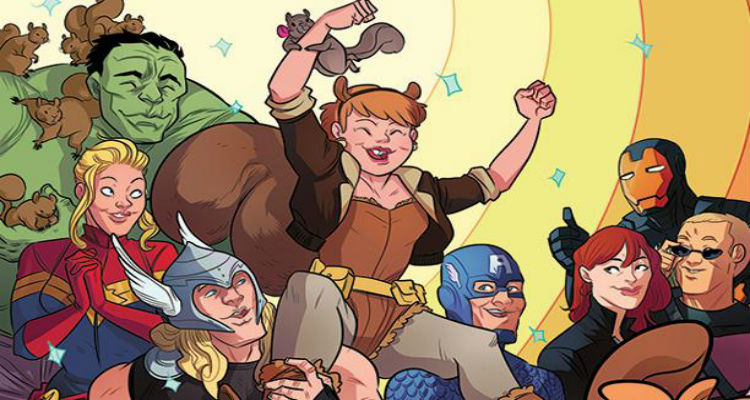 It was reported last year that Marvel were developing a new comedy series called New Warriors that would star the comic book comical superhero Squirrel Girl. It turns out that wasn’t just some nutty rumour as we now have official confirmation that the show is happening.

The Hollywood Reporter has revealed that New Warriors has been ordered straight to series by Freeform. The first season will last for 10 episodes and will be helmed by writer Kevin Biegel (Scrubs, Cougar Town). It will be joining other Marvel series Cloak and Dagger on the Disney-owned, youth-oriented cable network.

Here’s how THR describe the show:

“New Warriors revolves around six young people with powers living and working together. With powers and abilities on the opposite end of the spectrum of The Avengers, the New Warriors want to make a difference in the world…even if the world isn’t ready. With Freeform focused on a group dubbed “becomers” — those experiencing a series of firsts in life, including first loves and first jobs — New Warriors explores the journey into adulthood, except in this world, they’re not quite super and not yet heroes and the guys can be as terrifying as bad dates.”

As we said, the protagonist will be Squirrel Girl AKA Doreen Green. She might not be a household name just yet, but the Unbeatable Squirrel Girl has been entertaining Marvel comics readers for years now, ever since she defeated supervillain Dr Doom in her first appearance back in 1992. Due to her upbeat nature and surprisingly powerful skill-set, Squirrel Girl has become a firm fan and feminist favourite. At least two actresses have announced that they would be interested in playing her in the past. Namely Pitch Perfect‘s Anna Kendrick and Stranger Things star Shannon Purser.

“Freeform‘s mission is to deliver incredible content to young adults and Marvel Television seamlessly aligns with that mission — we couldn’t be more proud to collaborate with them on Marvel’s New Warriors,” said Karey Burke, the exec VP of programming and development at Freeform.

“Marvel‘s New Warriors have always been fan favorites and now particularly with the addition of Squirrel Girl, they are Marvel Television favorites as well,” added exec producer Jeph Loeb. “After the amazing experience we’ve had with Freeform on Marvel’s Cloak & Dagger we can’t think of a better place for our young heroes.”