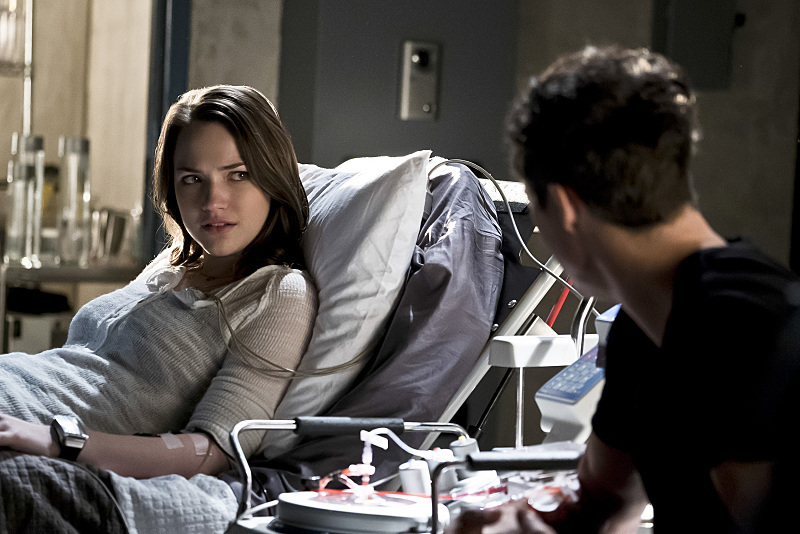 Many may recall both Wally West and Jesse Wells were hit with an energy wave from Team Flash’s recreation of the Particle Accelerator explosion. Wally showed no immediate effects, while Jesse fell into a coma, similar to Barry when he gained his powers. Fans were hoping she’d awake and show signs of an eventual change; however, it didn’t come to pass. With Season 3 broaching Flashpoint and Wally West donning the Kid Flash mantle, talks of Jesse Wells gaining abilities continue. Now it seems, her having powers and a suit has been confirmed. 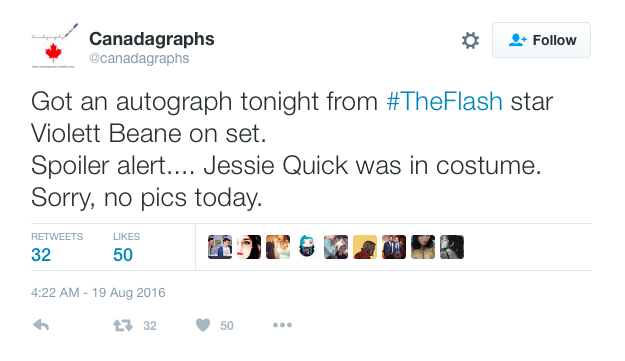 The above reveal comes courtesy of Canadagraphs on Twitter (via Comicbookmovie). Of course, the knee jerk response is to take this as a grain of salt, considering they aren’t able to provide proof. However, this is the same account that revealed Supergirl set photos of Tyler Hoechlin performing a classic Clark Kent moment.

While they can’t show off any images of the character, Canadagraphs did describe the look of the costume. The account was asked about the look in reference to the picture below. Their response was that “she didn’t have a blonde wig,” and she wore “red pants like Grant [Gustin].”

In the comics, Jesse accesses her Speed powers by speaking a special formula her father taught her, since he too was a Speedster. As of now, we know nothing of what to expect from Flashpoint Harrison Wells. Is it possible he’s a Speedster, as well? Perhaps one that comes about his powers through experimentation, in an effort to replicate The Flash’s speed using a different means.

Another question is raised of whether or not Jesse Quick will appear only in the Flashpoint timeline. If this is a story arc exclusive take on the character, is she working closely with Kid Flash? Tell us your thoughts and theories in the comments below.