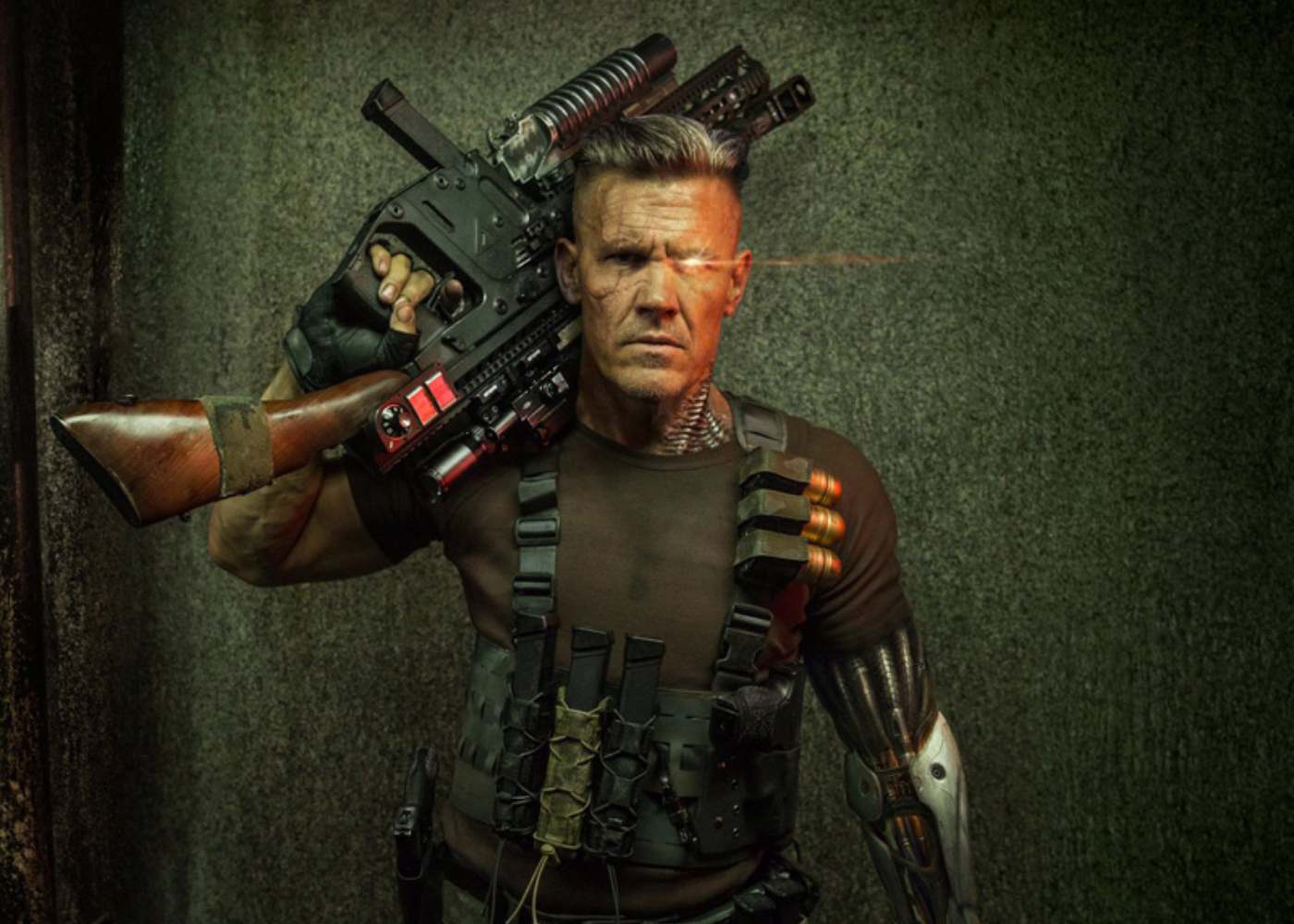 We all have that one, grumpy, heavily armed Uncle from the future. #PremiumCABLE #JoshBrolin pic.twitter.com/JV3yBIIPQH

Last week, Reynolds shared a picture of Zazie Beetz’ Domino character which debuted to plenty of mixed reactions. There are already a few set photos of both Deadpool and Domino circling around the internet. The pair appeared to be having fun together. It is suspected that we may see some new set photos of Brolin now that his character appearance has been revealed. Whilst Domino’s look departs heavily from the comic-book character’s look, Brolin’s Cable seems true to form.

The Devil’s in the Details

Ryan later posted another photo with more detail. Cable seems to be sporting the signature eye scar and glowing eye. His appearance also features the robotic metal arm. The teddy bear attached to Cable could be also be part of a small Hope Summers plot-line. Cable has always been a famous part of Deadpool and the choice of actor fits well. Thanos, anybody? Josh Brolin has already been taunting our real life merc with the mouth by posting various gym workouts on Instagram, comparing the size of his muscles to Reynolds. It is uncelar whether Cable and Domino will team up together to take down Deadpool, or if they will be adversaries. There’s pressure for Deadpool 2 to improve upon the already surprising success of its first film.

Deadpool 2 is directed by David Leith (director of Atomic Blonde and co-director of John Wick). It will be filming in Reynold’s hometown of Vancouver, British Columbia. New additions to the film include Zazie Beetz and Josh Brolin. The film will also see the return of Brianna Hildebrand as Negasonic Teenage Warhead and T.J. Miller as Weasel.

Abigail Remmer is a senior writer at GeekFeed. She has written for Demon Media, British Magazine 'Heat', and has worked as an editor for numerous publications.
View All Posts
Follow Me :