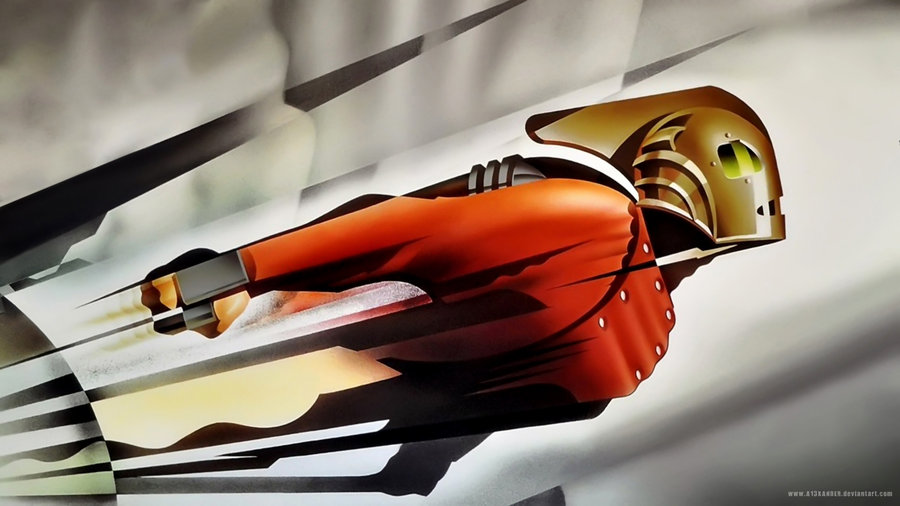 In the crowded annals of superhero fiction, The Rocketeer – the jet pack-using star of Dave Stevens’ 1980s indie comic series – is not one of the most famous names out there. However, Disney was interested enough in the character to give him his own movie back in 1991. And now, with the deluge of comic book movies we have today, they have decided to do another.

In an exclusive, The Hollywood Reporter has revealed the House of Mouse is in the early stages of making a sequel/reboot to the cult classic film, which will be titled The Rocketeers. Matt Spicer and Max Winkler (yes, he is the son of Henry “Fonzie” Winkler) are attached to contribute the script.

In case you don’t know, The Rocketeer was a homage to old-fashioned movie serials (much like Star Wars and Indiana Jones). It saw test pilot Cliff Secord go about fighting Nazi-affiliated criminals with the aid of his trusty prototype jet pack during the war.

Fans will be pleased to hear that The Rocketeers will share the same continuity as the first film. Here is how THR describes it:

“The new take keeps the story in a period setting and offers a fresh view on the characters. Set six years after the original Rocketeer and after Secord has vanished while fighting the Nazis, an unlikely new hero emerges: a young African–American female pilot, who takes up the mantle of Rocketeer in an attempt to stop an ambitious and corrupt rocket scientist from stealing jetpack technology in what could prove to be a turning point in the Cold War.”

The original The Rocketeer was not a box office success, but has found a devoted fanbase over the years through home video. It starred Billy Campbell, Jennifer Connelly and Timothy Dalton. It was directed by Joe Johnston, who recently helmed another wartime superhero movie in Captain America: The First Avenger.