Skip to content
Home » ‘DC Rebirth’: Johns Says [Redacted] is Not a Villain 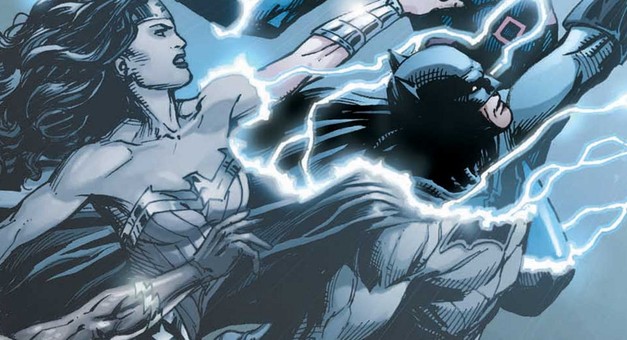 Before proceeding on, if you haven’t read DC Rebirth #1 (what are you waiting for?), the following contains spoilers revolving around an awesome reveal you would hate to not discover on your own.

Marketing materials for DC Rebirth #1 have been touting the “Don’t skip to the last page” tagline, and rightfully so. Geoff Johns’ brilliant reveal is perhaps one of the most satisfying twists in recent comic book memory, and it’s all because of the official inclusion of Alan Moore and Dave Gibbons’ Watchmen into the DC Universe. This introduction  intimates Dr. Manhattan as the mysterious and manipulative force behind the alterations which plagued the Universe in the New 52. However, according to Johns, that does not necessarily mean he’s the villain.

What made Watchmen so seminal is its fascinating critique of the destruction caused by Superheroes. It played with the idea of what a real world would look like should the heroes and villains we know and love actually exist within it. Moore crafted a dark take on comic narrative that has informed stories told for the last several decades, those which of course include Zack Snyder’s DCEU films and a variety of other DC properties. Geoff Johns acknowledges this, as well.

“I do think what happened afterwards is that a lot of people tried to emulate the tone on every character,” he said. “I think Watchmen is a great book,” he continued, “but I don’t think a cynical take on superheroes is the truthful one. Everyone says that’s the realistic look. I reject that because I think people at their base core are good.”

For Johns some of that needs to be peeled back and reset. In his own words, Manhattan “stole love from us;” this reset is an effort to ensure its return. Rebirth’s ending was ingrained in the writer’s mind before he’d even begun creating the work, and it seems he and other writers for the relaunch will be using Dr. Manhattan as a way to push them forward. The character is the perfect antagonist, not a supervillain, Johns stressed to The Wallstreet Journal.

“He took things away that are starting to come back,” he noted of Dr. Manhattan. “I think that’s a compelling story to tell. Ultimately, what is the more powerful force, is it belief or disbelief?” Johns also recently spoke of his desire to see more hope and optimism reflected in DC’s brand, we’ll get a look at how well it works out once more titles in the Rebirth launch begin releasing on June 1.