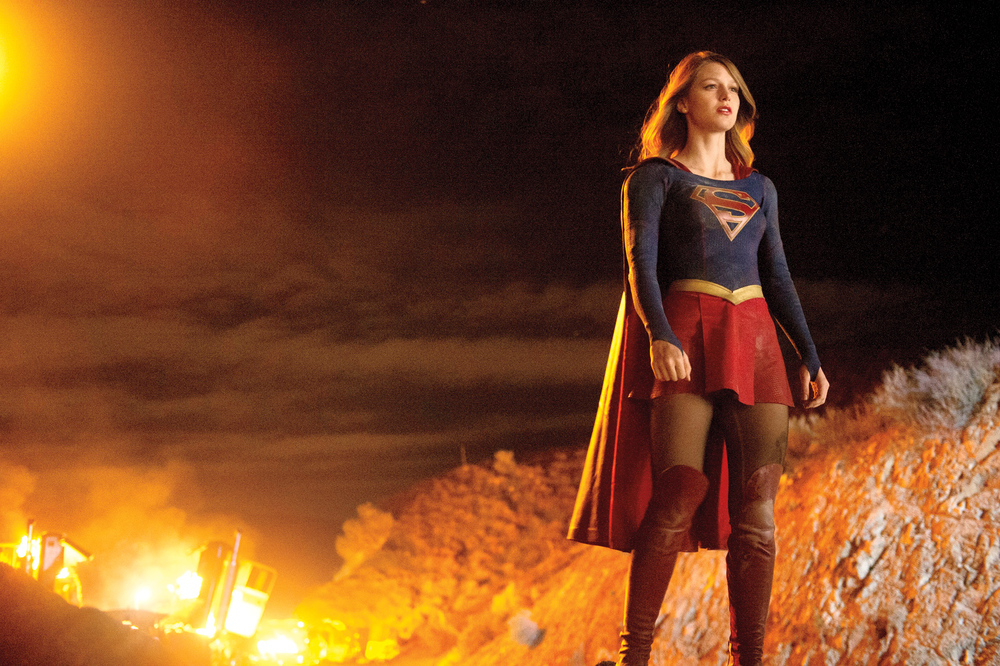 For the last several weeks, The CW has been re-airing Supergirl Season 1, building up to the second season’s premiere. The last official shot of the Girl of Steel from the network had her standing alongside Tyler Hoechlin’s Superman. Since then, the only photos we’ve seen have come from leaked set images. Now the veil is being lifted, giving us another glimpse at Melissa Benoist’s Supergirl and The CW’s “New Hero.” 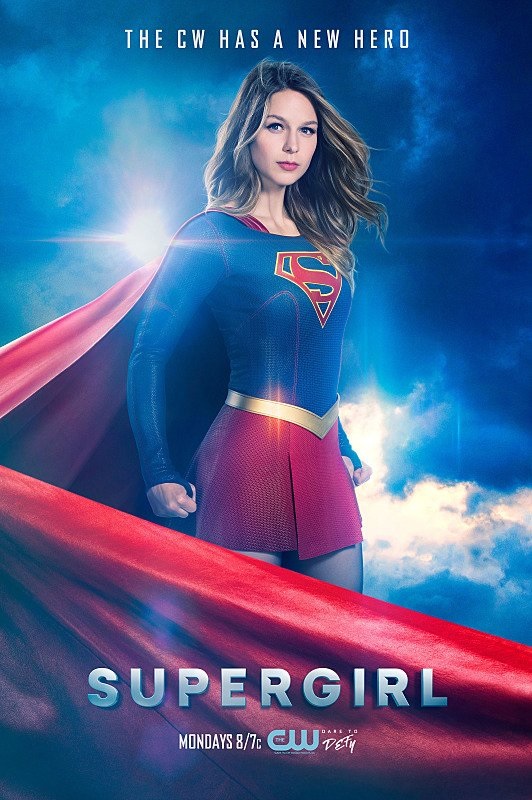 It’s a wonder we’ve yet to see an official trailer. Legends of Tomorrow, The Flash, and Arrow all have trailers in the wild, with the latter two recently receiving TV spots. However, it is worth noting that Supergirl didn’t begin shooting until after San Diego Comic-Con. Meanwhile, the other three had a few days of production under their belts, at the time.

Despite the lack of any official footage, the show’s second season has received a bevy of exciting news. Including, but not limited to, the reveals of Miss Martian and Mon-El, and teases regarding the big bad. Supergirl being the connective tissue across the 4-night crossover has also been revealed. Kevin Smith is also set to direct an episode, entitled Supergirl Lives. And a musical crossover with The Flash is on the horizon. We’re so spoiled.

“Now, in Season Two, Kara has left the safety of being Cat Grant’s assistant in order to figure out what she really wants to do, while as Supergirl she continues to work at the DEO., protecting the citizens of National City and searching for Jeremiah and Cadmus. Along the way, she will team up with Superman (Tyler Hoechlin) to battle new villains, as she strives to balance her personal life with her life as a superhero.

Supergirl Season 2 will premiere Monday, October 10 at 8pm EST on The CW.