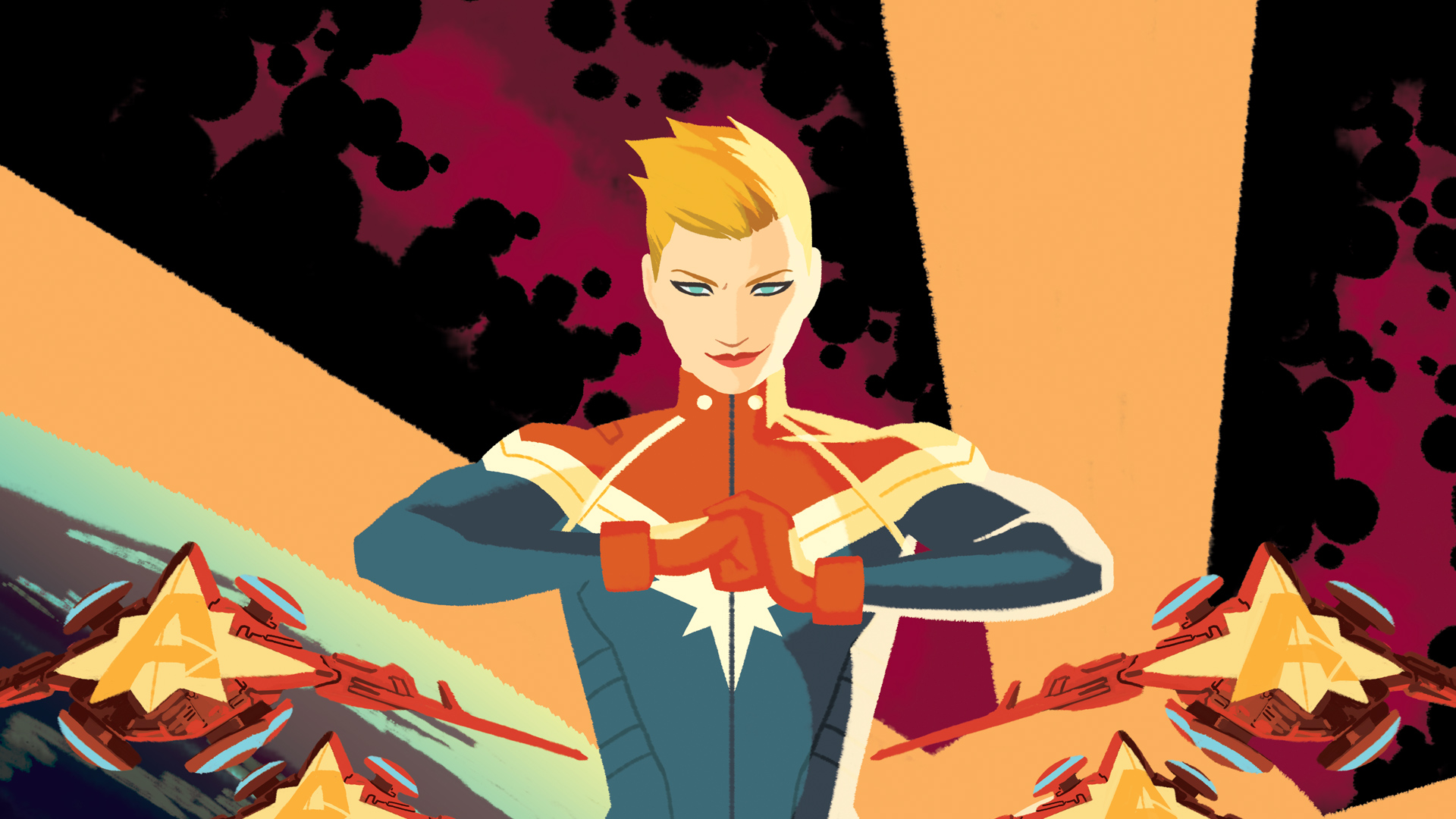 We always knew the two-part Marvel movie event Avengers: Infinity War would feature more heroes than ever before (though apparently not the TV ones). Thanks to a (un)fortunate slip up from directors the Russo brothers, we now know one particular hero who will appear in Part 1 coming in 2018: Carol Danvers AKA Captain Marvel.

As revealed by ComicBook.Com, the Russos were speaking at an event at the Smithsonian Institute when they accidentally mentioned the character by name when talking about their upcoming movie. After fans tried to probe the directors for more information, the pair joked: “Um… Captain Barvel, totally different character.”

To be fair to the Russos, this isn’t anything fans weren’t expecting. We’ve known for a while that Captain Marvel is due to get her own movie, which is set to come out in March 2019. It could also be inferred that the character would make her MCU debut earlier than that, as it has been announced the role is expected to be cast this summer. It isn’t as if this is a new idea either, seeing as both Black Panther and Spider-Man are appearing in Captain America: Civil War before their solo movies arrive in the next couple of years.

For those who don’t know, Carol Danvers is a US Air Force pilot who had her genes spliced with those of an alien Kree, thereby giving her various superpowers like flight and super-strength. She initially went by the alter ego Ms Marvel before taking on the mantle of Captain Marvel. While there is currently no news on who will direct her solo movie, the script is being worked on by Guardians of the Galaxy’s Nicole Perlman and Meg LeFauve of Inside Out fame. Based on those two movies, it is safe to say things are looking good on that front.