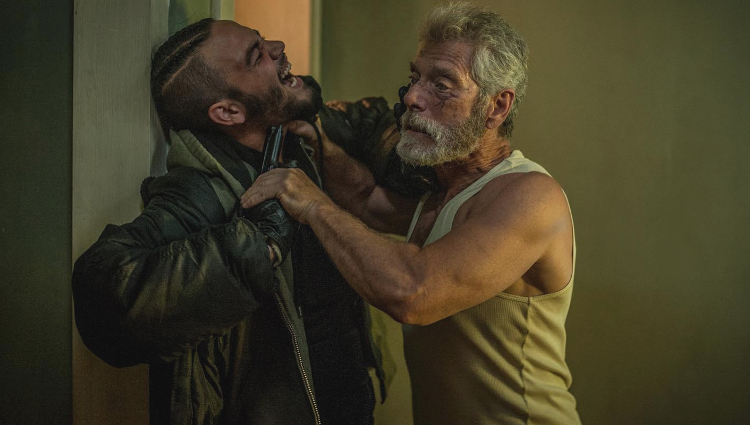 A fantastic year for horror continued over the weekend as Don’t Breathe managed to upset the box office with an impressive haul.  The R-rated horror-thriller took down the former three-week titan, Suicide Squad, and earned $26.1 million.  That number is the largest opening weekend of the year for an original horror film.  Tracking indicated the film would open in the mid-to-high teens millions, but the film overperformed thanks to superb reviews from critics and word-of-mouth from ticket buyers.  Don’t Breathe earned a very solid ‘B+’ Cinemascore from polled audiences.

Suicide Squad was not down for the count, however.  While Warner Bros. may have hoped for an outside shot at four number-one weekends, the comic book action film finally saw a reasonable drop of less than 42%.  The film nabbed $12.1 million for a $282m domestic total.  It’s now almost a guarantee that Squad squeaks past $300m before the end of its run.  Currently, the film sits at $635m worldwide.

Kubo and the Two Strings also held well from its moderate opening last weekend.  The family film dipped 37% to $7.9 million for a $24.9m total.  While this may be a good hold, it is also trailing Laika’s The Boxtrolls by about 23%.  Kubo will likely wind up as the lowest grossing film in the brand’s five-movie history.

Sausage Party dropped by half again down to fourth place.  The raunchy animated hit grossed another $7.6 million for an $80m total after three weekends.  The Seth Rogen-produced feature has $88m worldwide, and could still top $100 million domestically against a $19m budget.

Action-star Jason Statham’s one-two punch of blockbuster exposure in last year’s Furious 7 and Paul Feig’s Spy didn’t expand his audience this weekend.   The Mechanic: Resurrection opened right in his wheelhouse with $7.5 million, marking his largest leading-man opening weekend since Safe in 2012.  However, Lionsgate’s hope of morphing The Mechanic (2011) into a bigger franchise like Statham’s own Transporter trilogy proved futile.  Resurrection opened 35% less than the first Mechanic film.  If it can make a bigger splash overseas and on video, then the studio might be able to find a profit eventually.

In other holdover news, Hell or High Water expanded to 909 theaters this weekend for $3.7 million.  The Jeff Bridges-Chris Pine action-drama has earned $8.5m, thus far.

Two other openers settled for slim earnings this weekend.  The Obama love story Southside With You earned $3 million this weekend from 813 theaters despite excellent reviews, while the boxing drama Hands of Stone featuring Robert DeNiro barely registered with audiences and mustered a $1.7m take from 810 screens.

Next weekend should be quiet over Labor Day weekend as two new films open, the sci-fi thriller Morgan from producer Ridley Scott, and the drama The Light Between Oceans.