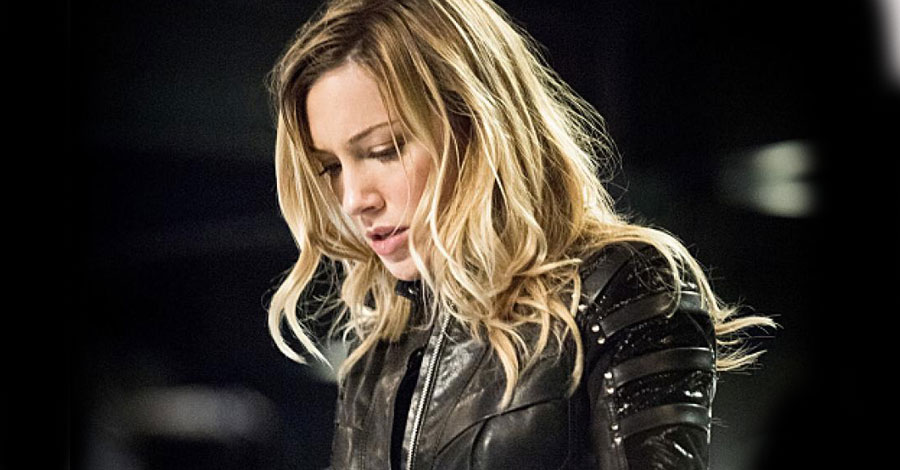 And fans were worried Katie Cassidy was gone for good. Rejoice! The Black Canary actress is here to stay, signing a deal similar to that of Wentworth Miller and John Barrowman. Arrow’s SDCC panel broke the news, saying Cassidy will appear in the Season 5 premiere. TV Line has the scoop that she’ll be a regular in The Flash and Legends of Tomorrow, as well.

Following her brief stint on The Flash as the Canary’s Earth-2 doppelganger Black Siren, it’s likely that’s who she’ll return to portray. However, that has yet to be confirmed. Because Black Siren is a villainous metahuman, her appearance on Legends may begin as a sort of reform with the help of Sara. Due to The Flash’s Flashpoint storyline rippling out into all Arrowverse shows, who knows if she’s still a villain?

It’s great news either way, and eventual details regarding when and how she’ll appear are sure to be even greater. Thanks to the Legends SDCC panel, we know how Miller’s Captain Cold and Barrowman’s Dark Archer will utilize the contract. Both characters will be founding members of the Legion of Doom, the big bad of Legends Season 2. The villainous supergroup will also include the likes of Damien Darhk and the Reverse Flash. The latter of which was spotted as Barry’s prisoner in The Flash Season 3 teaser. Safe to say, he’ll be breaking out very soon.

The CW continues to push things forward in interesting ways. The unprecedented plans of theirs are very ambitious, to say the least. Hopefully, everything will work out for the better. These are exciting times, and it’s good to know that Katie Cassidy was never really gone in the first place.