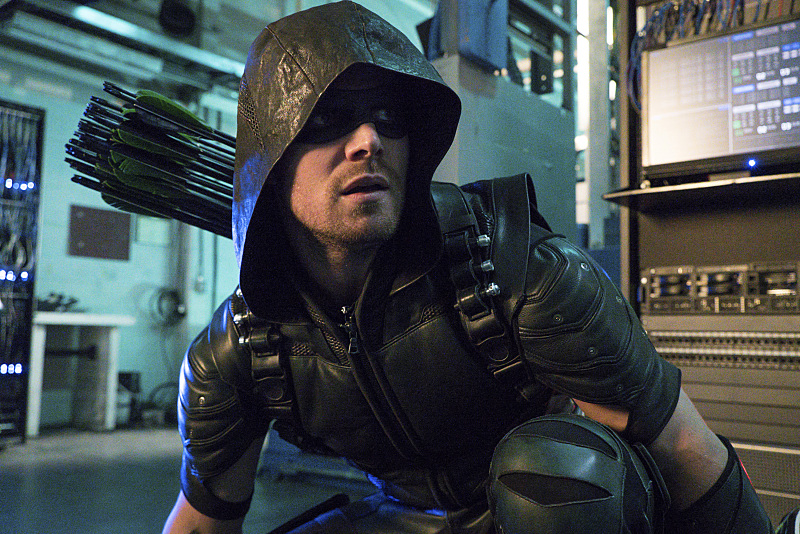 The Season 5 teaser trailer let us in on what Laurel said to Ollie on her death bed. She made him promise to never work alone again. Based on what’s been shown, he definitely took her words to heart. “With Laurel being gone, it’s incredibly important for the team to move forward, remembering that legacy and honoring it,” Wendy Mericle said. But she also noted another awesome tidbit, “we will definitely see [Katie] Cassidy in the season premiere.”

But wait, that isn’t all. Katie Cassidy will also receive a deal similar to Wentworth Miller and John Barrowman. The promotion will allow her to appear across all show’s in the Arrowverse. Since Laurel is gone, and allegedly not returning, it’s safe to assume she’ll be playing Earth-2’s Black Siren. Towards the end of The Flash Season 2, she was locked away in S.T.A.R. Labs’ Pipeline, with Flashpoint in place, she’s a free bird.

The cast also shared information about their respective characters (via CBR).

David Ramsey had this to say of Diggle’s mindset following his departure in Season 4:

“He’s in Chechnya with the special forces… He’s still a man of two minds. He misses the times, but he’s still dealing with the tragic death of Black Canary [and] his brother,” Ramsey revealed. “He’s still conflicted about the events of Season 4.”

“I think Curtis is just really influenced by Green Arrow. He really looks up to him. It’s a struggle.”

“We’ve got some pretty big plans for Curtis, especially in respect to his marriage. He want to become a vigilante and he wants to start fighting crime. At the same time, he’s got this husband at home, who’s going to notice he starts coming home with bruises and cuts.” 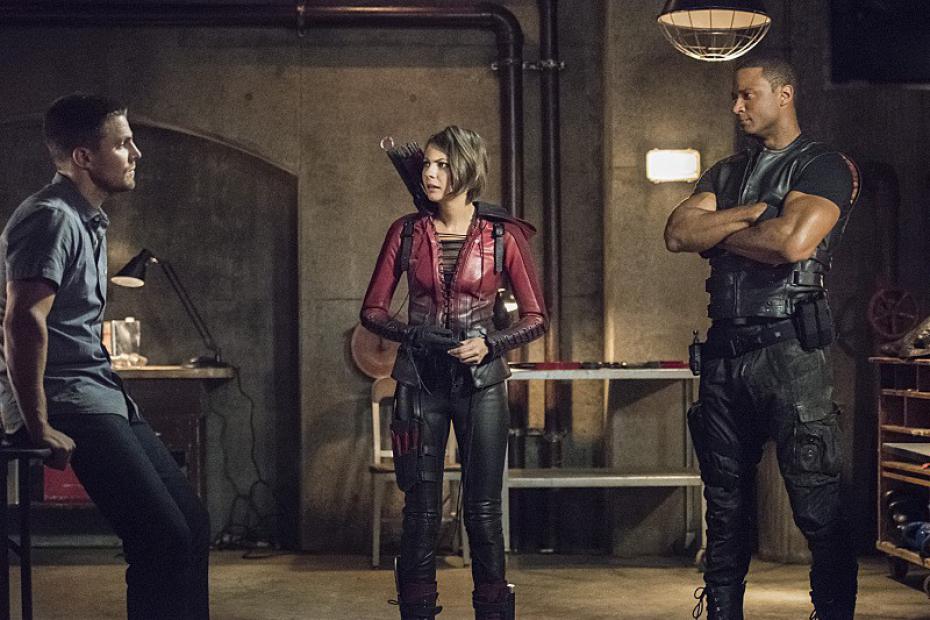 “Thea has gone through a lot in the last four seasons,” Holland said. “She just needs to take a step back for a second and realize what’s going on in her own psyche.” She also hinted that she would be helping Oliver as he fulfills his mayoral duty. “This year, she’s going to be doing a lot of stuff. She’s going to be helping Oliver, but in a different way… He’s a vigilante moonlighting as the mayor.”

Stephen Amell added that Oliver’s focus will be on being a vigilante. Thus, Thea will step in on the political front:

“All of his focus and all of his energy is going into being Green Arrow and trying to stop crime in Star City. Thea is carrying all the water as mayor.”

Of course, it wouldn’t be an Arrow panel without John Barrowman’s silliness. However, he probably really has time-travelled:

“[Merlyn] is the bad guy who’s the hero of his own story, and it’ll be interesting to see what he’s like in these different times,” Barrowman shared. “Listen, I’ve time traveled before. I know how it works. I’m excited as an actor to play those different things.”

Now here’s the big one. A fan asked if Bruce Wayne would ever appear on the show. Obviously, Guggenheim didn’t hesitate with a “no.” But Amell interjected, “I would say ‘never say never.'” And Guggenheim responded with “I would love to have Bruce on the show.”

Rumors have been swirling that two members of the Bat-Family may appear on Supergirl. Her show already has Superman, why not show a little Bat-love? At least give us Nightwing…

While we’re waiting for things that may never happen, let’s remember that Prometheus is coming! Arrow Season 5 kicks off on October 5.