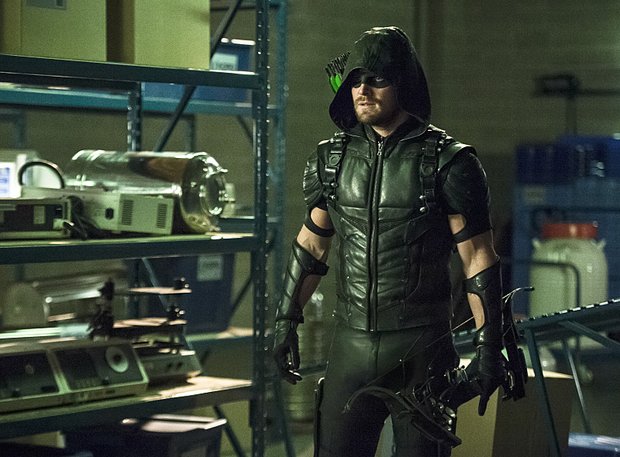 Oliver and Felicity begin assembling a new team of vigilantes in this Arrow Season 5 teaser trailer. It seems the decision was made in response to what Laurel told Oliver on her death bed. “Your instinct is always to go it alone. Ollie… you can’t.” Luckily, Oliver’s learned to keep a promise.

We’ve just learned that The Flash’s Flashpoint story arc will alter Arrow somehow. However, this trailer doesn’t offer any hints in that regard. What it does show is Oliver slowly building his ragtag team. So far, we see Wild Dog, Artemis, and Curtis Holt training to be Mr. Terrific. We also get a brief glimpse of Tobias Church, and what appears to be Ragman. The latter is a mystical vigilante who will debut in episode two.

Other bits of interest are the inclusion of Diggle and Thea. Diggle will eventually return to the team, following his Season 4 departure. But Thea’s stance remains in the balance. Here she’s seen suiting up as Speedy, but she’s also still battling with her place in the world.

The little shown looks very exciting. Again, hope is still very much alive the show will return to what made it special. Plus, Russian flashbacks for the win! We will indeed seen how Oliver became a member of the Bratva. Great things are expected.

Arrow returns for its fifth season on October 5.