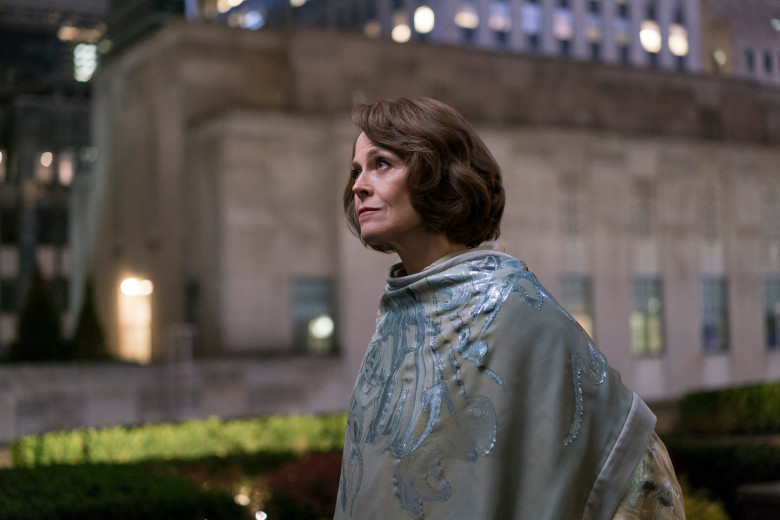 Off the bat, it feels like Netflix/Marvel is apologizing for Iron Fist by starting with a sweet fight scene that highlights Colleen Wing (Jessica Henwick), and Iron Fist (Finn Jones) actually using his iron fist. I’m not watching with the previous series in mind. The fans just want to see the whole thing come together.

The title sequence for the show prepares us for a chromatic set up. The use of color is amazing! The color pallets in lighting, costumes and even choice of sets create a separate ambiance for each of our protagonists perfectly. It feels like I’m watching an edited sizzle reel of four different TV series. Daredevil (Charlie Cox) is red, Jessica Jones (Krysten Ritter) is blue, Luke Cage (Mike Colter) is yellow, and Iron Fist is green. Of course, this show can’t go without it’s antagonist who also gets a color: White.

Early in the episode, it’s revealed Sigourney Weaver’s Alexandra is dying. Online speculation said she would be playing an iteration of Mephisto. With the reveal of her terminal illness, it’s safe to assume she’s not Mephisto. We see Alexandra interact with Madame Gao (Wai Ching Ho), who continues to be as creepy as ever. What’s even creepier is how she shows trepidation when conversing with Alexandra; something that makes me fear Weaver’s character more.

There are a lot of interactions amongst the show’s amazing cast. There’s Foggy (Elden Henson) helping with the release of Luke Cage, Cage and Claire Temple (Rosario Dawson) getting “coffee,” and an incredible pep talk from Matt Murdock to his client. My favorite was Malcolm (Eka Darville) and Jessica’s banter; something I really hope to see more of in Jessica Jones Season 2.

My favorite part? Apart from the stellar cinematography, none of our main characters have actually met. Sure, New York is now in trouble and it’s time to defend the city, but we had a set up episode that didn’t require the classic Marvel team-up… yet.