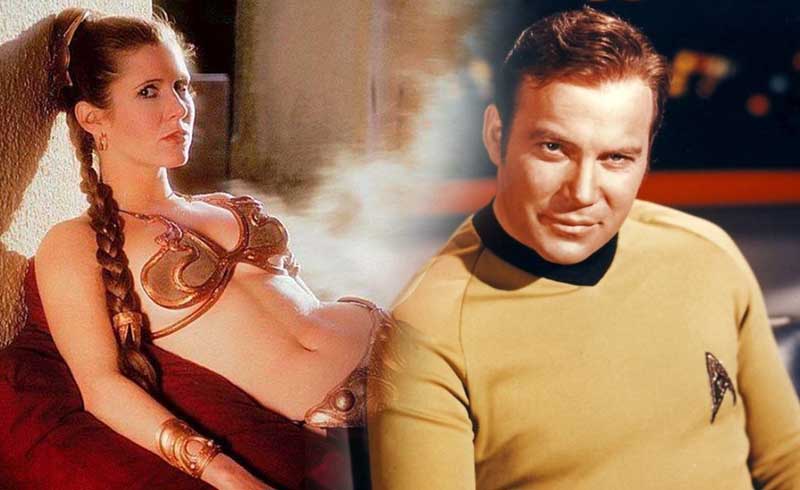 Probably one of the biggest rivalries in pop-culture is the one between Star Wars and Star Trek, but now, it looks like fans are starting to accept that the two go hand-in-hand. Captain Kirk actor William Shatner had recently decided to go and answer questions on Twitter, and he shares this fun moment he had with Princess Leia a.k.a. Carrie Fisher.

When Shatner was asked if anyone ever brought him Star Wars things to sign, he said:

With her life offscreen, Fisher was known to have quite the sense of humor, so pulling off something like this is incredibly characteristic of her. It’s not enough that she would just walk up to Captain Kirk, but actually make him sign a photo of herself? That would’ve been funny to watch.

Sadly, Shatner never revealed if he actually did sign that photo.

With Fisher gone, a lot of pressure is on J.J. Abrams’ shoulder to give Leia a proper sendoff in Star Wars Episode IX. Hopefully he has something good planned with writer Chris Terrio. It’s even confirmed that Billy Dee Williams will be reprising the role of Lando Calrissian, so that means we have a new legacy character to fill in Leia’s shoes.