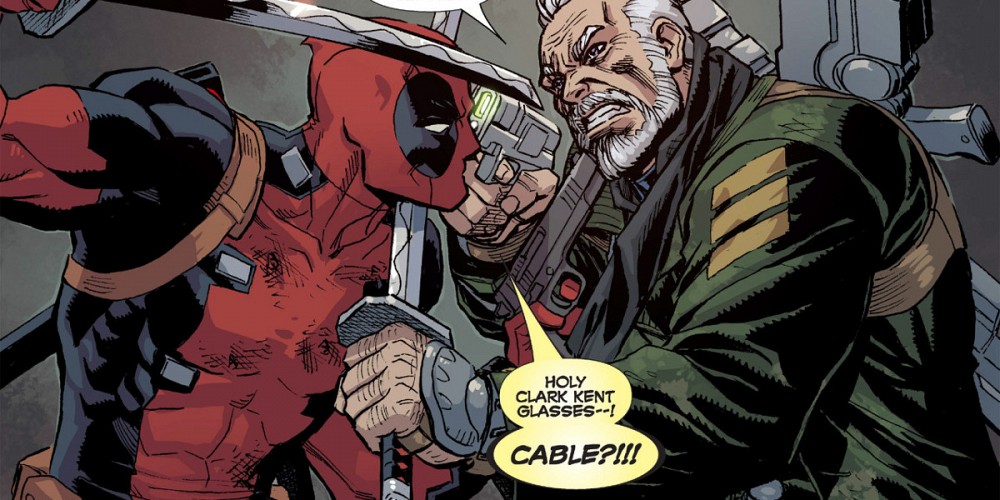 With a directorial departure and talk of the mutant crossover we’ve all dreamt of shot down, the early development of Deadpool 2 has not been as smooth as some may have expected after the stunning success of the first film. One thing that has always been certain, however, is that comic book favourite Cable will play a major role. His part in the sequel was revealed as early as Deadpool’s post-credits scene, and since then it’s just been a matter of finding out how he’s worked into the script, and who is going to portray him. Writers Paul Wernick and Rhett Reese gave us some idea of the former back in January, and now there’s talk that some casting news may not be too far away either.

According to TheWrap, Stranger Things star David Harbour is being targeted for the role. Citing sources with knowledge of the film’s production, the report states that Harbour – who played Chief Jim Hopper to such acclaim in last summer’s Netflix hit – has already screen-tested for the role. 20th Century Fox refused to provide confirmation, but with Deadpool 2 rumoured to be aiming for an early 2018 release, one would think the main cast should be set in stone pretty soon.

In the Marvel universe, Cable is best known for being a member of X-Force, another popular mutant team. The time-traveling soldier with a bionic arm was also a key player in the Deadpool video game released by Activision back in 2013. Fox has been trying to get a film based on the X-Force made for quite some time, so any deal Harbour were to sign on for Deadpool 2 may well come with further commitments. After the stunning success of Deadpool and Logan, there may well never have been a better time for talented actors to get involved with the mutant cinematic universe (the real MCU, am I right?).

Deadpool 2 has reportedly been eyeing up a January 12, 2018 release. Ryan Reynolds will once again star, with David Leitch – who worked on Captain America: Civil War – in the director’s chair.