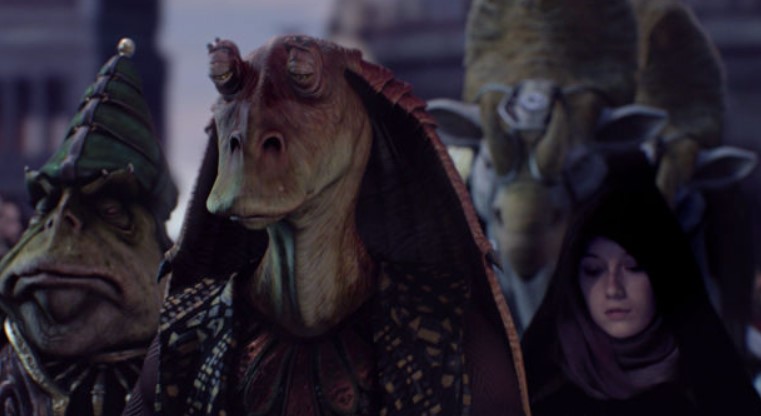 Kelly Marie Tran’s Instagram exit has caused a new movement within the Star Wars fanbase dubbed #ForceOutHate. A lot of people are now calling out the toxic fans who have been bullying actors from the films for roles they didn’t like, and now the man who played Jar Jar Binks, Ahmed Best, reveals that he almost ended his own life after all the backlash from Episode I.

20 years next year I faced a media backlash that still affects my career today. This was the place I almost ended my life. It’s still hard to talk about. I survived and now this little guy is my gift for survival. Would this be a good story for my solo show? Lemme know. pic.twitter.com/NvVnImoJ7N

Though a lot of fans may hate on Jar Jar and mock the character constantly, some portion of the fanbase has admitted that the character was made purely for the kids. As a kid who went to see Episode I in the cinema, I could say that I actually enjoyed Jar Jar quite a bit, and I was rather disappointed to learn in my adulthood that everyone else in the fandom actually hated him.

Hopefully this admission from Best will give Jar Jar some sort of closure onscreen. If you’re into the novels, Star Wars: Aftermath actually caps off Jar Jar’s story—but it is kind of tragic. Apparently, Jar Jar has now become a homeless clown on Naboo, and he was once again banished by the Gungans; but the kids still love him though.

Here’s the excerpt courtesy of io9:

Since children started coming in by the shipload as refugees, the Gungan has served them, performing for the kids once or twice a day. He does tricks. He juggles. He falls over and shakes his head as his eyes roll around inside their fleshy stalks. He makes goofy sounds and does strange little dances. Sometimes it’s the same performance, repeated. Sometimes the Gungan does different things, things you’ve never seen, thing’s you’ll never see again. Just a few days ago, he splashed into the fountain’s center, then pretended to have the streams shoot him way up in the air. He leapt straight up, then back down with a splash. And he leapt from compass point to compass point, back and forth, before finally conking his head on the edge and plopping down on his butt. Shaking his head. Tongue wagging. All the kids laughed. Then the Gungan laughed, too.

The clown, they called him “Bring the clown. We want to see the clown. We like it how he juggles glombo shells, or spits fish up in the air and catches them, or how he dances around and falls on his butt.”

The adults, though. They don’t say much about him. Or to him. And no other Gungans come to see him, either. Nobody even says his name.

Just like with Tran’s exit, Best is now being showered by compliments from fans. What’s cool is, some more people are opening up to actually liking Jar Jar when they were kids. Hopefully the future of Star Wars ends up less toxic than what has come before it.