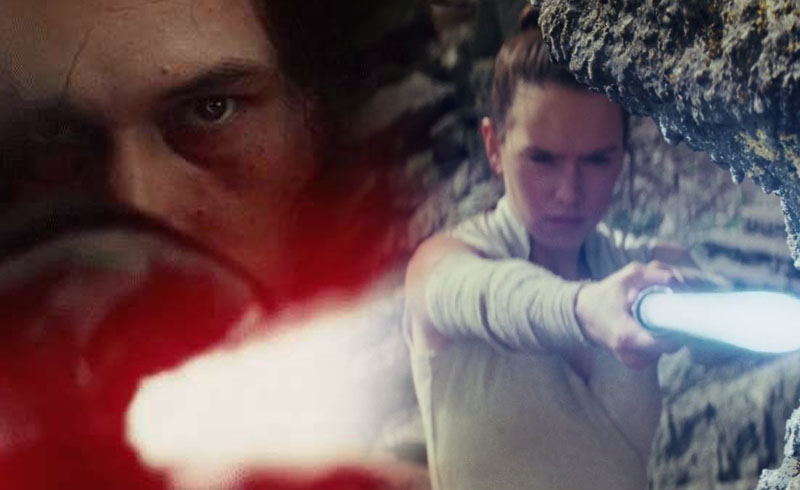 It’s been six month since the release of Star Wars: The Last Jedi, but the film still manages to be talked about by a lot of fans online. Just recently, someone on Reddit has discovered this neat Easter Egg—Rey’s training sequence in Ach-To actually foreshadows the duel of Luke and Kylo on Crait.

As you can see, the moves that Rey makes with her lightsaber are the same ones that Kylo makes when he’s battling Luke’s projection. Kylo does everything from pointing the lightsaber to backswinging the sword; even the move where Kylo finally swipes at Luke is the same as when Rey cuts through the rock.

Though it is a pretty neat aesthetic, I also think it means something for the bond between Rey and Kylo Ren. With Ben being the vessel for the Dark Side, we have Rey as the one for the Light. I wonder how J.J. Abrams and Chris Terrio plan to follow this story with Star Wars Episode IX.

Though there are some vocal fans who didn’t like Star Wars: The Last Jedi, I stand with the crowd that thinks the movie is amazing. Sure, I thought that Holdo not sharing her plan was kind of a plot hole, but everything else, including the Canto Bight sequence, was a great time for me.