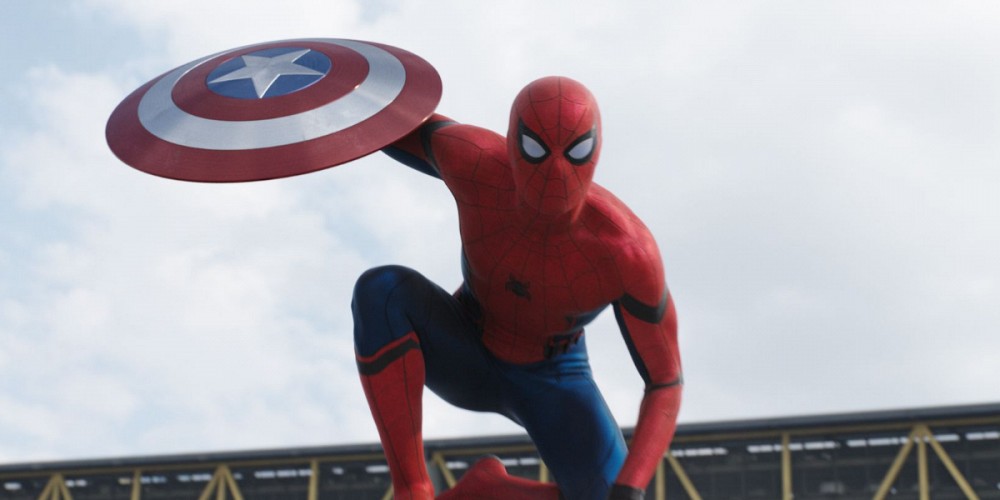 One can imagine 20 year-old English actor Tom Holland is currently having the time of his life shooting Spider-Man: Homecoming in Atlanta as the web shooter himself. That very assumption can be validated by looking at the actor’s latest post on his Instagram account — a selfie that even J. Jonah Jameson would be proud of.

Alongside giving a close-up of the Spidey suit and striking the famous web-shooting sign, the post (via Heroic Hollywood) also marks exactly one year until the film arrives in cinemas. That is exactly 365 days until we get Spider-Man’s first solo outing since joining the Marvel Cinematic Universe in Captain America: Civil War. You can check out the selfie below:

A rather impressive selfie, no? The photo is also further indication that Holland is providing his own acrobatic skills for the film’s production, which we have seen evidence of in previous social media postings and reports. It wasn’t too long ago that we got a look at Holland in costume on set via some leaked photos, but this definitely trumps those. One for the mantlepiece, no doubt.

Spider-Man: Homecoming is set to release on 7 July 2017 and stars Tom Holland, Michael Keaton, Marisa Tomei, Zendaya, Robert Downey Jr., Donald Glover, Logan Marshall-Green and Tony Revolori. Also joining the cast is The Nice Guys shinning star Angourie Rice, revealed recently to have landed an unknown role. Gwen Stacy, maybe? The film is being directed by Jon Watts and takes Spider-Man back to his high school roots. Not much else is known about the movie as Marvel and Sony are keeping plot details under wraps. With the film a year out however, it can’t be long before we get some official information or perhaps even a trailer. San-Diego Comic Con, perhaps? Pretty please, Marvel and Sony.