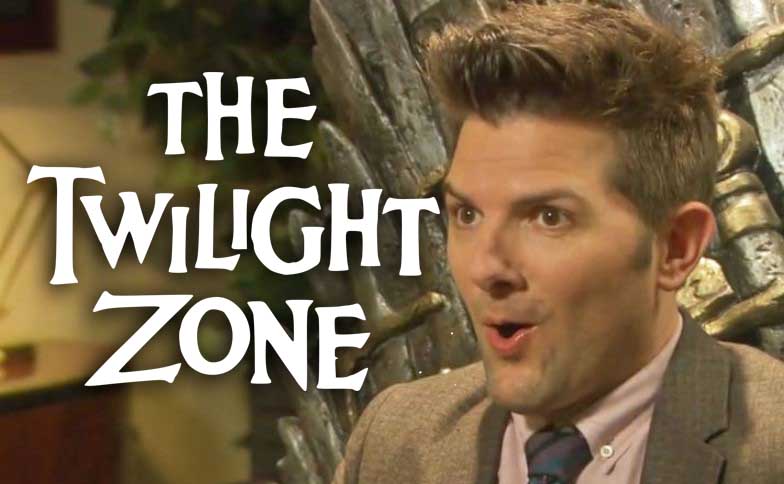 CBS had just announced their Twilight Zone revival with Jordan Peele as the host, and the show is expected to premiere sometime next year. News just in, they’ve added a Parks and Recreation alum to the cast in the form of Adam Scott.

According to TV Line, Scott will be starring in one episode called Nightmare at 30,000 Feet. This is a remake of the classic Nightmare at 20,000 Feet starring William Shatner in which he plays an anxious passenger on a plane who spots a creature sabotaging the wing; Shatner spends the whole episode looking crazy trying to convince everyone else that there is something wrong, but no one but him sees the creature. The episode ends with him being right after all, but it’s too late before anyone realizes he’s right.

If you followed Adam Scott’s career, you’ll notice that he has a penchant for playing the only guy in the room with a clue. He did it for Party Down, and he did the same thing for Parks and Rec. I think it’s great casting to have Scott in an episode where he tries to convince everyone about something that no one believes. If this show was a mockumentary I can already imagine Scott looking at the camera whenever someone doesn’t believe him.

Plus, it’s also fun to watch Scott play someone who is mentally unravelling:

Besides Scott, Sanaa Lathan (The Affair) has also been cast in the series, but she’s appearing in another episode called Rewind.

Catch The Twilight Zone sometime in 2019 on CBS.