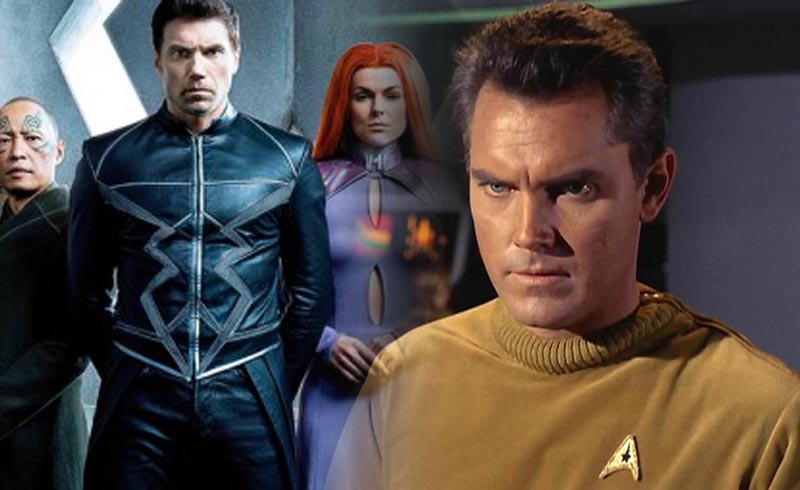 It’s no mystery that the Inhumans show was a huge letdown for Marvel, but star Anson Mount is choosing to move forward. Just in, he’s been cast in Star Trek: Discovery as captain of the Enterprise pre-Kirk, Christopher Pike.

Cat's out of the bag. Yep, I have officially joined STARFLEET, a dream I've had since around the age of 8 when I first discovered TOS syndicated on my local access channel in middle TN. And couldn't be more excited to be playing PIKE! @startrekcbs pic.twitter.com/UWojAvI6bc

Fans of Star Trek will remember Pike as the captain of the Enterprise during the pilot, when he was played by Jeffrey Hunter. The next episode, however, had Pike replaced with William Shatner ‘s James T. Kirk, but Pike would return in the episode The Menagerie, albeit played by a different actor since Hunter didn’t want to return.

It’s interesting, considering that Mount played a mute in Inhumans, and if we follow Captain Pike’s story in the original Trek timeline, he would also become disabled and mute as well. Granted, we probably won’t see any of that go down in Star Trek: Discovery, but Pike is definitely a character with a legacy; even J.J. Abrams brought him back for his Trek reboot in 2009.

Though we won’t be getting any more Trek this year, production for Discovery’s second season is set to begin this month. We’ll probably get the official announcement of Star Trek Discovery 2 later this year.