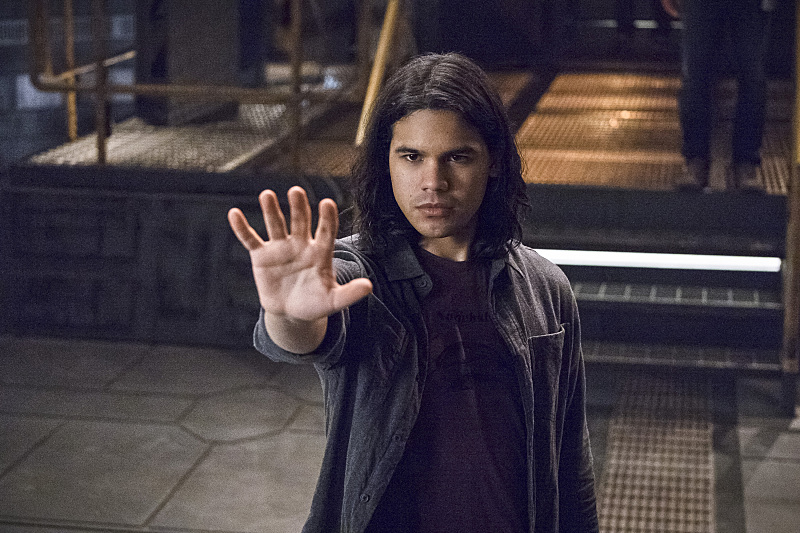 The Flash’s take on the Flashpoint storyline is setting up to change a variety of the show’s core aspects. The most notable change is how characters in this alternate timeline are portrayed. A few may come back from the dead, others may not be as close knit as we like. Interestingly, Cisco Ramon brings one of the more drastic changes. In this alternate arc, Mr. Ramon isn’t merely a scientist. He runs his own lab, Ramon Industries. From the little we’ve seen, this Cisco has done very well for himself. Speaking at Dragon Con in Atlanta (via Collider), Cisco actor Carlos Valdes teased what to expect from this version of the character.

“This character I’m playing is still Cisco Ramon, but it’s obviously an alternate reality version of him in which he is still a genius and still posses a technological prowess about him. Now though he’s able to cash in on that prowess and build his way up the ladder to become the richest man in America. He’s a billionaire! He’s created all these things and these apps at Ramon Industries — which looks a lot like S.T.A.R. Labs — and he’s ostentatious, not afraid to flaunt his wealth which makes for interesting colors and relationship dynamics. Barry has to struggle with the fact that this is not the Cisco he knows and there’s a bit of an antagonistic energy to this Cisco. It’s what makes the beginning of Season 3 so interesting.”

Here, Valdes reiterates the Flashpoint story arc won’t last long. However, it is interesting to note how he says this Cisco has an “antagonistic energy.” In Season 2, we were given a glimpse at the characters dark side, as we met his Earth-2 doppleganger, Reverb. Whether or not Flashpoint Cisco still has his Vibe powers remains to be seen. Though if he does, and isn’t morally grounded, he may not be the ally Barry typically relies on.

The actor also touched on the upcoming musical crossover between The Flash and Supergirl. Very little is known about the episode, though there are rumors claiming Joss Whedon may direct. According to Valdes, the actors are just as much in the dark as the fans.

“We, the actors, don’t know much about it so far. They’re very good about keeping us in the dark about it. I know that the wish is to have as much music as possible in the episodes themselves, but I’m not sure how much will be in there. We’ll just have to see what it will all sound like,” Valdes spoke. He continued, “I do currently know the concept behind it (the crossover). It’s very entertaining and it leads to infinite possibilities.”

The musical episodes are sure to be the highlights of both shows this season. Melissa Benoist and Grant Gustin are both Glee alum. Jesse L. Martin (Joe West) sings and dances, and Keiynan Lonsdale (Wally West) dances. If cast interviews and behind the scenes footage from both shows are any indication, they’re pretty musically-driven anyway. Now the question is: How it will all work out? Is one of our heroes going to be put in a dream state? Perhaps Barry races into a musical timeline and we meet Music Meister. Let us know your thoughts and theories in the comments below.