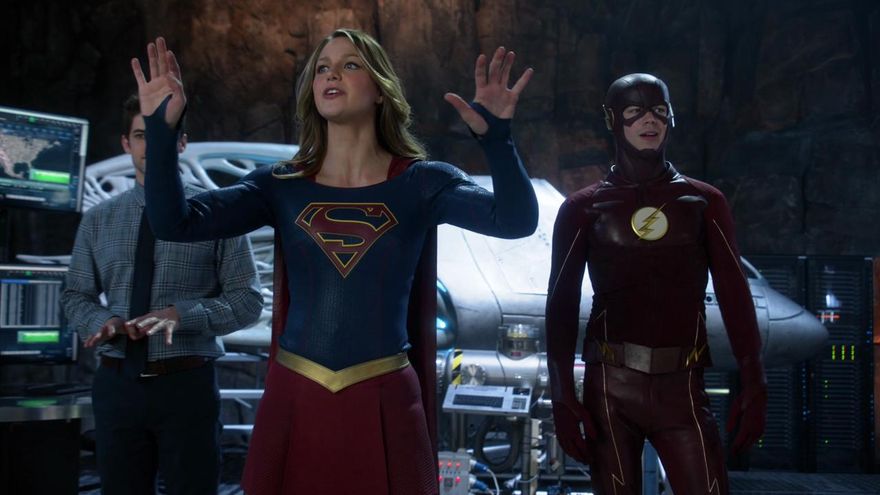 Update: Yesterday, news broke that The Flash and Supergirl would host a two-part musical crossover event next season. Now That Hashtag Show Youtube channel is claiming that none other than The Avengers director Joss Whedon will be crossing over to Marvel’s Distinguished Competition to helm these episodes. Apart from his superhero credentials, Whedon would be a perfect fit for this – after directing other musical TV episodes on Buffy The Vampire Slayer, Glee and Dr. Horrible’s Sing-Along Blog. However, we advise you don’t get too attached to the idea until it’s officially confirmed.

THS also claims their unnamed source has confirmed the Music Meister will be the villain of the crossover – just as we predicted in our original post (found below). Watch their announcement video here:

Arrowverse fans have been wondering for years whether a musical episode was on the cards. Given his own Broadway background, it’s not really surprising that exec producer Greg Berlanti and his team have cast talented singers and musicians across their four DC shows. There’s John Barrowman, Jesse. L. Martin, Jeremy Jordan, Victor Garber, Carlos Valdes, Laura Benanti and, of course, former Glee stars Grant Gustin and Melissa Benoist as the Flash and Supergirl, respectively.

Well, Berlanti and his team have now finally seen sense and have announced that a musical event is happening. But it’s not just a single episode though, oh no. At The CW‘s Television Critics Association press tour, Berlanti revealed that the musical extravaganza will form a two-part crossover between The Flash and Supergirl!

Variety reports that the two-parter will feature “mostly pre-existing songs” but the writers hope to compose at least one original song for each episode.

“When they’re not acting or flying or punching or exploding things, they’re singing,” admitted Supergirl co-creator Ali Adler of Benoist and Gustin, whom she has worked with before on Glee.

Berlanti said about the reasoning behind it: “Some of you may know my personal love for musicals, and we have a number of people who can sing across all the shows.”

“We’ve got such talented actors, 15 years from now when the last of these shows is going off the air, that would be a big regret [if we didn’t do it] – it’s too much fun not to,” further explained exec producer Sarah Schechter.

Right now, we don’t know any plot details about this crossover, so it’s difficult to tell right now whether there will be an in-universe explanation for the sudden singing or not. Perhaps it will be inspired by the episode of the Batman: Brave and the Bold animated series which starred Neil Patrick Harris as the Music Meister, a villain who induced superheroes like Batman, Green Arrow and Black Canary to sing against their will.

The Flash returns on Monday 4th October, while Supergirl arrives Monday 10th. This musical crossover is not to be confused with the separate four-way crossover between Arrow, The Flash, Supergirl and Legends of Tomorrow.