We may have to wait until next year before we can see Alien: Covenant, but it’s never too early to get excited. Here’s what we know so far.

1. The Plot Revolves Around the Covenant Ship Discovering Paradise 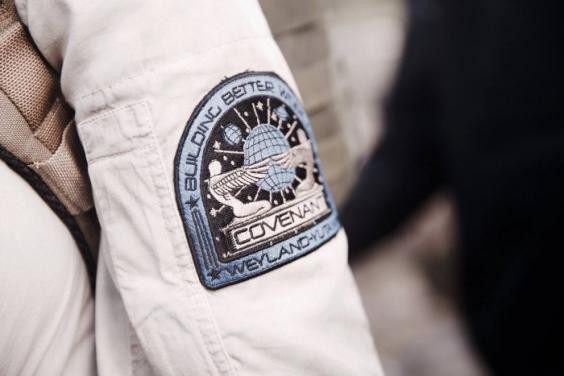 According to the film’s official synopsis, Alien: Covenant revolves around the crew of the Covenant ship investigating what they believe to be an uncharted paradise (hence the previous working title Alien: Paradise Lost). However, instead of finding paradise, what they find is an empty planet inhabited by David, Michael Fassbender’s android, who had been reduced to a disembodied head by the end of Prometheus. You can read the official synopsis below:

“Ridley Scott returns to the universe he created in Alien with Alien: Covenant, the second chapter in a prequel trilogy that began with Prometheus — and connects directly to Scott’s 1979 seminal work of science fiction. Bound for a remote planet on the far side of the galaxy, the crew of the colony ship Covenant discovers what they think is an uncharted paradise, but is actually a dark, dangerous world — whose sole inhabitant is the “synthetic” David (Michael Fassbender), survivor of the doomed Prometheus expedition.”

NEXT: Our favourite android has his head screwed back on