5. Flashbacks are Great Again, Too 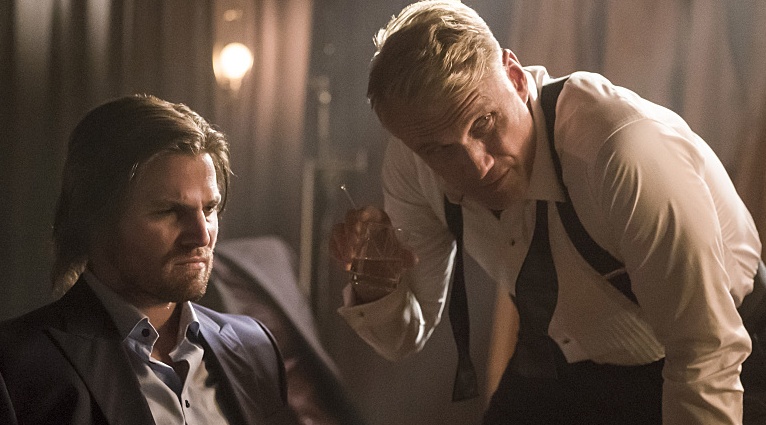 The flashbacks of Seasons 1 and 2 were carefully integrated into the present day’s overarching narrative. Uncharacteristically, at the time, Season 3’s Hong Kong subplot often felt disjointed. While it was great to see Maseo and Tatsu, they were probably the only shining beacons at the time. If memory serves correct, the way those embedded narratives often tied into present day were in establishing how Oliver became the killing and torturing machine he struggled with during much of the season’s A-plot. It was a fun development when it worked, but when it didn’t, e.g. some of the quieter moments and the bomb story, the flashbacks felt like filler.

Season 4’s were much of the same, though arguably not as interesting. However, Matt Ryan’s John Constantine did get an introduction during those flashbacks, so we can’t fault them too much. The main point of contention was the development of magic on the show. While it worked in the Constantine episode and a few of Darhk’s finer moments, it always seemed out of place. Thus, the flashbacks felt the same.

Thankfully, Season 5 has given the flashbacks the kick necessary to move things along. David Nykl’s Anatoly Knyazev (of Season 2 flashback fame) has made a return. With him came Russia, Oliver’s introduction to the Bratva, and the Siberian Bull himself, Dolph Lundgren.

Ollie’s induction into the Russian mob was fantastic; his mission is to kill Lundgren’s villain, Konstatin Kovar. So far, he hasn’t been successful, but every scene the two have share is gold. The action has been great there, as well, and Lundgren still looks as menacing as ever. Plus, we’ve been given a bit of a throwback to Season 4’s flashbacks.

What this year’s subplot is especially doing well is showing the Oliver fans came to know in Arrow’s pilot. Admittedly, he’s not quite there yet, but the development of the character on that front has been especially exciting to watch. This Ollie is a ruthless killer, a clever opportunist, and pretty skilled at manipulation. Interestingly, over the course of the present day story arc, we’ve been seeing his return to that on display.

We know the flashbacks are over after this season, as we move into the show’s Season 1 opening. Thus far, they’ve taken us on quite an intriguing ride and there’s still plenty more on the horizon.

NEXT: Storytelling Worth Keeping You on the Edge of Your Seat