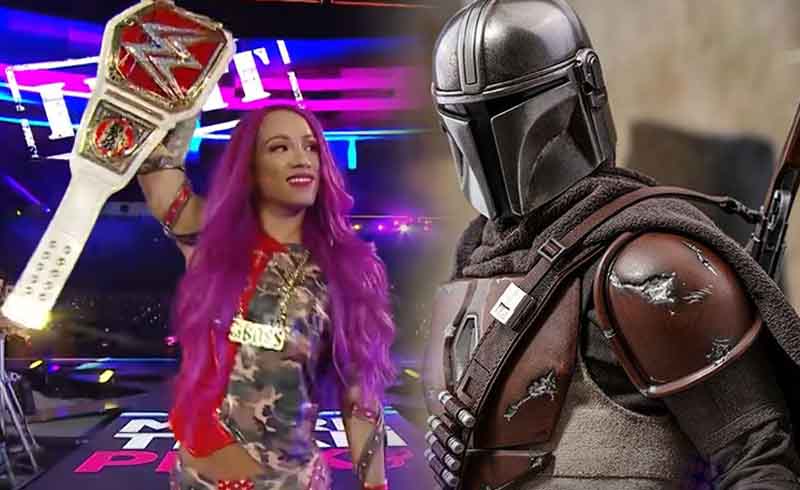 The first season of The Mandalorian was chockfull of guest stars from Bill Burr to Amy Sedaris, and we should probably expect the same kind of appearances in the upcoming second season. With Season 2 currently undergoing production, news has it that a WWE star is going to be making her Star Wars debut.

As per the Mat Men Pro Wrestling Podcast, WWE star Sasha Banks will be in the second season of The Mandalorian. Of course, nothing official has been confirmed by Lucasfilm, but seeing as MMA fighter Gina Carano had a part in the first season, it would make sense for the studio to look for other women entertainers for the show.

What’s interesting is that Banks was said to be sporting an ankle injury from a fight last January, and some think this was some kind of cover-up to explain her absence while she went off to shoot The Mandalorian. Again, we have no official confirmation, but I guess it kind of fits.

We don’t know what story The Mandalorian will undergo for Season 3, but it will probably deal with our main Mando still trying to find a home for the child a.k.a. Baby Yoda. There’s actually still some mystery surrounding the baby, seeing that the reason Moff Gideon wants him is still unknown; plus there was a hint that he could be a clone was well way back in the first episode. What if it’s a clone of Yoda; like an actual Baby Yoda.

For now, the second season of The Mandalorian is set to come out this October.