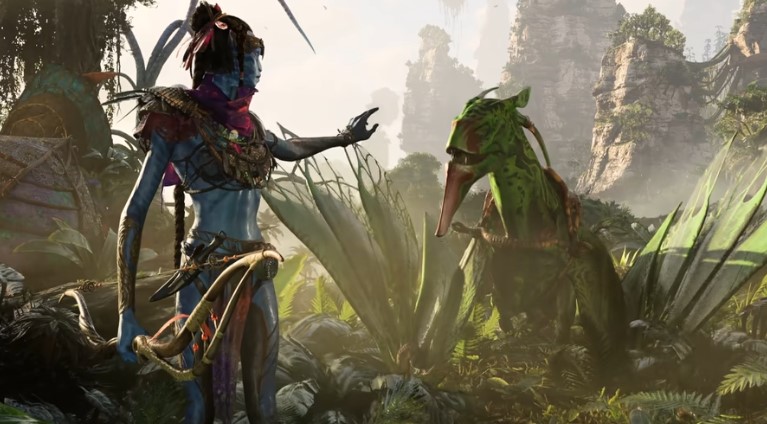 James Cameron is expected to debut his Avatar sequel in December 2022, and though we’ve only been getting glimpses of that movie, Ubisoft has taken to E3 2021 to reveal their upcoming game—Avatar: Frontiers of Pandora.

Check out the first look trailer for the Avatar game down here:

In this new, standalone story, play as a Na’vi and embark on a journey across the Western Frontier, a never-before-seen part of Pandora. Explore a living and reactive world inhabited by unique creatures and new characters, and push back the formidable RDA forces that threaten it.

The game comes from Ubisoft studio Massive Entertainment (Far Cry, Tom Clancy’s The Division) and is said to be dropping exclusively to new-gen consoles as well as PC. The game also makes use of the latest iteration of the Snowdrop engine.

Though a lot of people gripe that Avatar is a forgettable film, Cameron was still able to build an impressive world with Pandora. I guess if I were to have some kind of gripe, it’s that you’ll only be able to take the side of the Na’vi in the game. If anything Avatar has managed to mimic Star Wars in a sense that the villainous humans also have their own impressive designs as well; so it would have been great if the game was able to make you choose a side.

It will probably be a while before we get to see more of Frontiers of Pandora, and it’s likely they will release this alongside the upcoming film. My guess is we’ll have to wait until 2022 for the next preview.