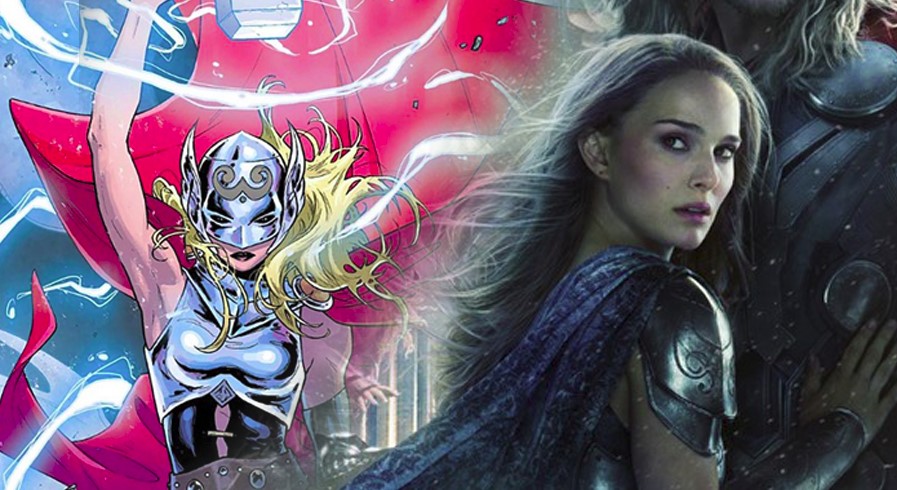 Though she skipped out of Thor: Ragnarok, Natalie Portman’s Jane Foster will be coming back for Thor: Love and Thunder, and she’s expected to take on the mantle of the God of Thunder. Marvel hasn’t dropped any official looks of Portman in costume, but thanks to some shirts from the film crew, we now have one image.

Check out Portman’s Thor costume down

As you can see, the costume looks pretty close to the comic counterpart, complete with helmet. The shirt also gives looks at Valkyrie (Thessa Thompson) and Thor (Chris Hemsworth), and though they seem closer to their previous looks, it’s no doubt that Thor is looking more massive than he ever has in the past movies.

With Waititi promising that this film would be a lot ‘wackier’ than Ragnarok, some fans are hoping that he takes this film a little more seriously, especially with Foster said to be diagnosed with cancer in the story. I mean, Ragnarok was fun and all, but it’s no Jojo Rabbit or Hunt for the Wilderpeople; even What We Do in the Shadows had better humor.

We don’t know when Marvel Studios is going to give us our first official look at Love and Thunder, but some suspect that it could happen by the end of Loki. With Marvel having to sell multiple other things before Thor like Black Widow, Shang-Chi, and Eternals, it could be a while before Love and Thunder gets its chance in the spotlight.