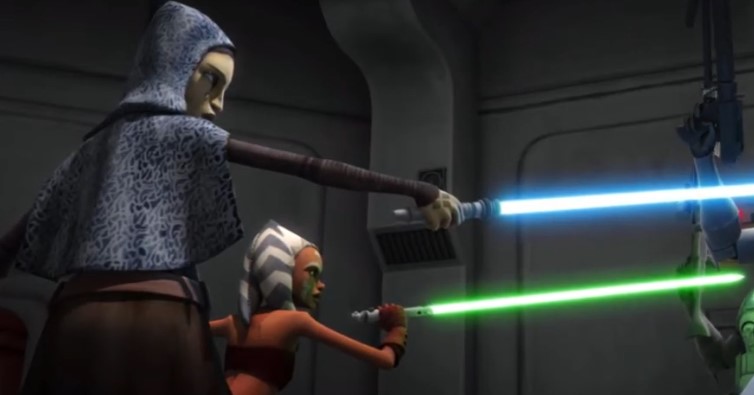 After Ahsoka’s live-action debut in The Mandalorian, Disney is set to give the character her own series with Rosario Dawson coming back to reprise the role. While characters like Ezra Bridger and Thrawn are expected to make comebacks in the show, one character is rumored to be returning from The Clone Wars.

As per The Illumnerdi, Ahsoka’s fellow padawan Barriss Offee is expected to appear in Ahsoka. The series is said to be looking for an Asian actress in her 20s-30s, and is expected to be a major player in the series.

In The Clone Wars, Barriss was the former padawan of Luminara Unduli, and though she was a Jedi in origins, TCW had Barriss bomb the Jedi temple and blame the whole thing on Ahsoka; though Ahsoka was able to prove herself innocent, she still ended up leaving the Jedi. Barriss, on the other hand, was taken into Jedi custody.

We don’t have any official details on where Barriss will appear in the series, but she could prove to be an interesting FOIL for Ahsoka. Both characters were Jedi that had lost faith in the order, and with the Empire falling in the timeline, it would be interesting to see where the two characters move forward. Then again, it would also be interesting to get live-actions versions of young Ahsoka and Barriss during the height of the Clone Wars.

For now, Ahsoka is set to premiere on Disney+ sometime in 2022. In the meantime, fans can watch Ahsoka’s debut in The Mandalorian Season 2, now streaming.