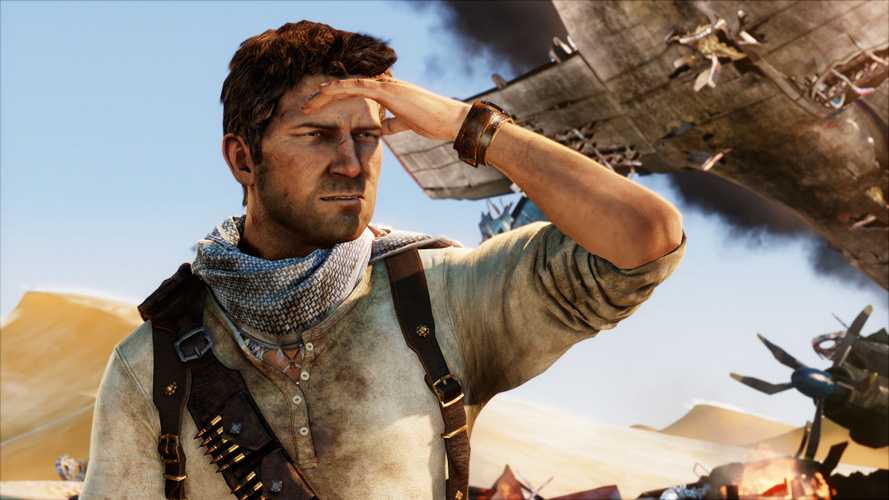 That’s right, the Uncharted film’s scriptwriter, Joe Carnahan, has revealed his draft is complete. It’s almost hard to believe, since this is a project that’s been pending for many years. Carnahan unveiled the news with the following photo and caption on his Instagram account.

Done and Dusted. Now the REAL work begins. If there’s a more monstrously cool action script in Hollywood right now, I wanna read it, ‘cuz this thing is a BEAST.

“Done and Dusted. Now the REAL work begins. If there’s a more monstrously cool action script in Hollywood right now, I wanna read it, ‘cuz this thins is a BEAST,” Carnahan’s caption reads. Both he and director, Shawn Levy, have spoken about making sure they nail the action set-pieces Uncharted is renowned for. However, we hope the heart of the franchise and the beloved characters were given just as much attention.

With the script out of the way, it stands to reason that filming will begin soon. Recently, Levy revealed he hopes to have shooting done by the end of this year. That in mind, casting announcements should be getting underway in the not too distant future. Since Mark Wahlberg has announced he’s no longer attached to the project, there’s still the hunt for a Nathan Drake. Although, who’s to say he won’t be approached again?

Uncharted has had one hell of a year. The release of Uncharted 4: A Thief’s End, which made the top of our Games of 2016 list, saw the conclusion of Drake’s adventures. The final act of the franchise was an emotional and incredible ride, but Naughty Dog has more tricks up their sleeves. At PSX in December, the developer announced Uncharted: The Lost Legacy, starring fan favorite Chloe Frazer and series newcomer Nadine Ross. This latest entry takes place after the events of A Thief’s End and launches this year.

As of now, the Uncharted film does not have a release date.