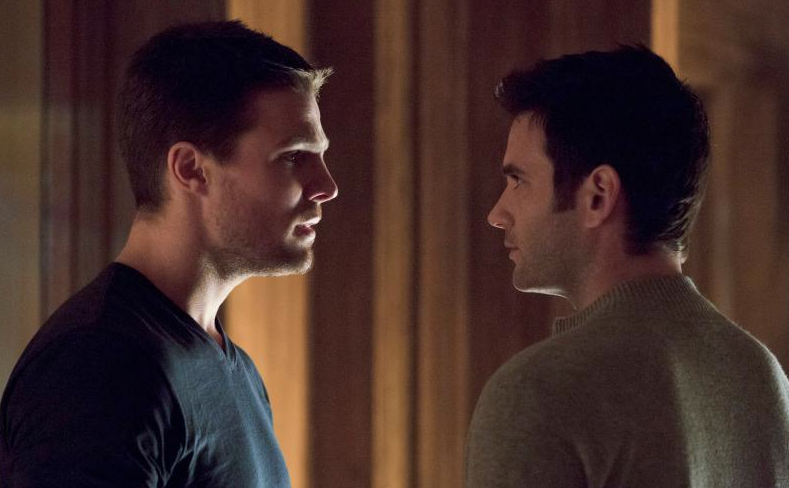 Since Arrow’s 100th episode was announced to be filled with familiar faces, Tommy Merlyn’s return has been called into question. Recently, The CW released a batch of images from the show’s milestone mark. Featured within them was deceased character Moira and Robert Queen and Laurel Lance. Many of the photos were touching and very reminiscent of Arrow days gone by. However, there was one problem… fan favorite Tommy Merlyn was absent.

The character was a large part of Season 1. His death heavily influenced the actions of both Laurel and Oliver in Season 2. Since then, his absence has been especially felt. While he wasn’t around for very long, many consider him an integral part of the series. So, of course, his potential return is of the utmost interest. As such, a few fan theories suggest he may be this season’s big bad, Prometheus — courtesy of Barry’s fiddling with the time line, again. As that particular theory slowly starts to wane, hopes of seeing him in Arrow 100 are high. Thankfully, Colin Donnell, who plays Tommy, may have an answer.

Early on Monday, prior to Supergirl’s episode in the crossover, Donnell tweeted the following:

Fair enough; everyone loves a good tease. You can check out his later response below:

The answer is Yes.

Umm, okay? If we really think about it, his words make a lot of sense. Kind of. We know the Dominators will play some mind trickery on Ollie, placing him in a dream world of sorts. There his imagination will get the best of him, evidenced by his marriage to Laurel and his parents being alive. It’s fair to assume his best friend will play a role. Perhaps Tommy will be there, but not in the way we think of him. Or maybe even in Oliver’s dream state Tommy is dead.

The truth is right around the corner. Arrow’s 100th episode airs Wednesday, November 30.