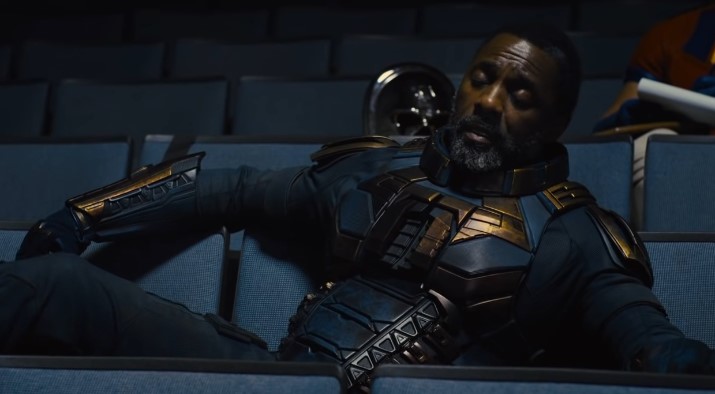 Though fans thought that he was originally replacing Will Smith as Deadshot, Idris Elba will be playing an entirely new character, Bloodsport in James Gunn’s upcoming The Suicide Squad. We know that the team is full of unique characters, but Gunn has confirmed the reason why Bloodsport is dangerous—he almost killed Superman.

As Gunn said on Twitter (via GamesRadar), Bloodsport has been locked up for almost taking out the Man of Steel. He writes:

“Bloodsport is in prison for taking [Superman] down with a kryptonite bullet. If you believe these covers, he may not be the bad guy in that situation.”

When a fan asked him if Bloodsport actually killed Superman, Gunn replied:

He put him in the ICU but he failed to kill him.

Admittedly, the latter DCEU films have almost been trying to steer away from the SnyderVerse, but this crossing of lore—even just by mentioning names—is what makes this universe feel more connected. We don’t know if Henry Cavill will actually make some kind of cameo, but it’s likely that it could just be another Shazam! body double situation.

While a lot of people were hoping that Elba would be the Bronze Tiger from the comics, it looks like Gunn has an interesting spin on Bloodsport moving forward. Hopefully the film succeeds enough to garner a third movie with Deadshot and maybe even a return of Jared Leto’s Joker.

Then again, I’m getting ahead of myself. Let’s just hope that WB gets it together with their DCEU plans moving forward.

Catch The Suicide Squad when it comes out on Aug. 6.