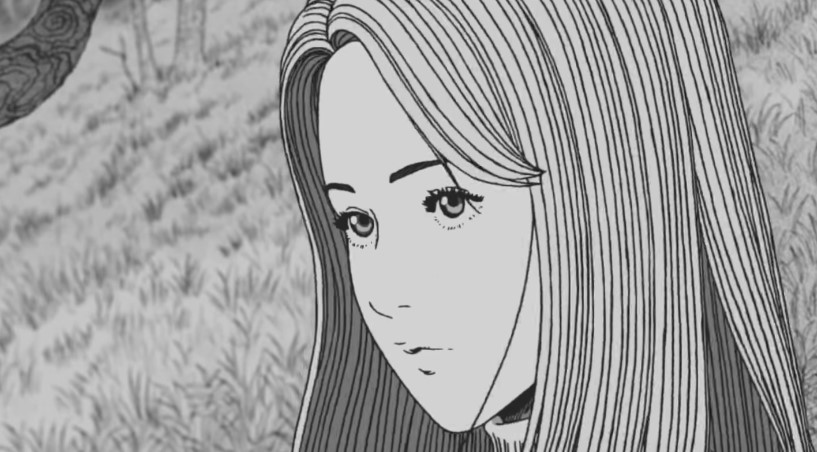 Junji Ito’s Uzumaki is one of the most celebrated horror manga around, and Adult Swim had announced back in 2019 that they would be making an anime adaptation expected to come out in 2020. With the show being delayed due to the pandemic, series director Hiroshi Nagahama has offered a small update on the show, and has even dropped a new clip from the first episode.

Check out the new clip for Uzumaki down here:

With Ito’s art being so distinct when it comes to the manga, it would make sense that the anime would stick very closely to it—even the monochrome look. We only got to see a few seconds of the show, but it’s like the Uzumaki manga itself has sprung to life. The music from Colin Stetson (Hereditary) also gives the series a very specific, creepy vibe.

If you haven’t checked out Uzumaki yet, it’s essentially an anthology series about a town that is being ‘cursed by the spiral’; there is no strict lore to it, but every chapter is composed of some horror story and the spiral pattern is at the very heart of it; there is some insane gore and body horror in the comic, and you can only imagine how it would translate into animation.

We don’t have a release date for Adult Swim’s Uzumaki yet, but hopefully we can get a late 2021\early 2022 premiere.