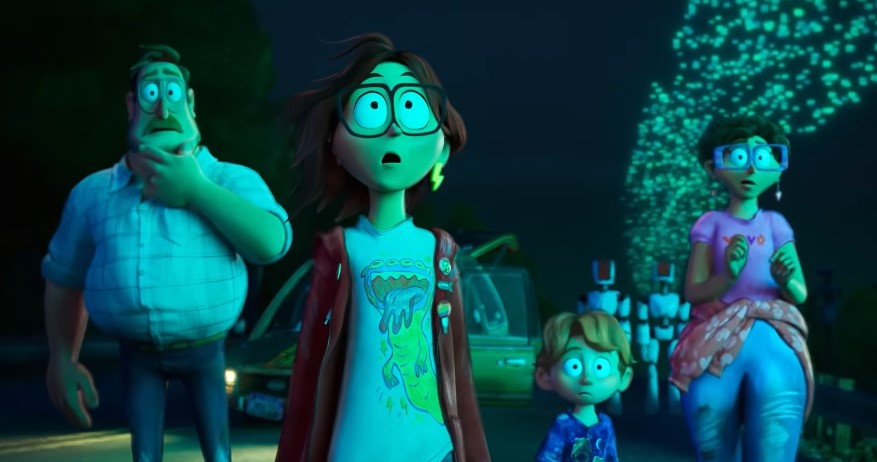 It was just announced last March that Sony’s The Mitchells vs. The Machines (formerly Connected) was going to be coming to Netflix. While that announcement didn’t really come with a new trailer, Netflix has decided to remedy that with an all-new preview.

The Mitchells vs. The Machines (formerly Connected) is an original animated comedy about an everyday family’s struggle to relate while technology rises up around the world! When Katie Mitchell (voiced by Abbi Jacobson), a creative outsider, is accepted into the film school of her dreams, her plans to meet “her people” at college are upended when her nature-loving dad Rick (voiced by Danny McBride) determines the whole family should drive Katie to school together and bond as a family one last time.

While the Robot Apocalypse part of the premise was kind of left in the latter part of the first trailer, this new preview decides to put the evil robots in the very beginning. Granted, the trailer still emphasizes on the themes of family and connectedness, but this time it’s more balanced with the family bonding over their survival; not to mention we also get the reveal of the ‘Master Computer’ villain voiced by Olivia Colman.

Connected was originally set to come out in 2020, but after COVID-19 shut down theaters, it looks like Sony had to find a different way to release the film. If anything, the movie still looks very interesting, and after the critical success of Spider-Man: Into the Spider-Verse, I can’t wait to see what’s in store from this Phil Lord and Chris Miller-produced film.

Catch The Mitchells vs. The Machines when it comes out on Netflix April 30.