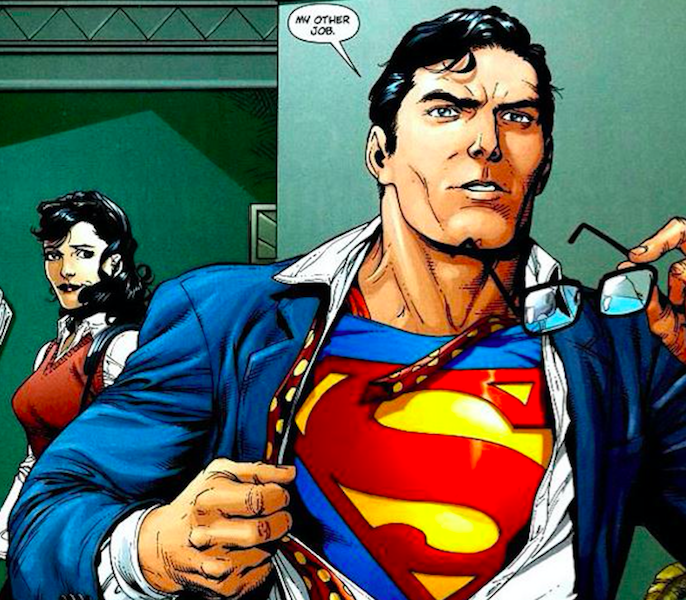 The internet is still abuzz about the images released of Tyler Hoechlin’s Superman. While most agree the set photos offer a more promising look than the promo shot, there’s still a bit of contention. Admittedly, there are some instances where he looks like Superman, and others when he doesn’t. The same can be said of Melissa Benoist’s Supergirl  and any other live action take on a character. However, the photos below may work to change the minds of many. His Superman may be iffy at times, but his Clark Kent is nothing short of excellent. Take a look at the photos below of a classic Clark Kent/Superman moment coming to life on Supergirl.

The last image shows Hoechlin’s Clark Kent interacting with Mehcad Brooks’ Jimmy Olsen. Is this the first time Jimmy Olsen has stood a few inches taller than Superman? Either way, the two look great together and we bet Supes will have some choice words to say to his friend about pursuing his cousin, Kara.

We know the Last Son of Krypton is set to debut in the first few episodes of Supergirl Season 2. What his role will be, and how he’ll factor in beyond that is unknown. Clark and Kara will have their differences, probably sharing disparate opinions on how best to manage certain situations, so that should be fun to watch.

Supergirl will return October 10 on its new home The CW.