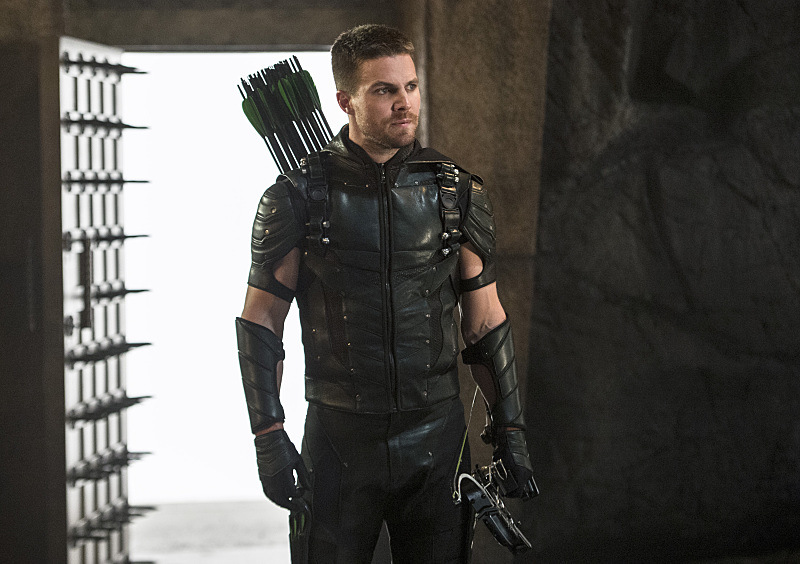 It looks like the teasing bug is going around over at The CW with its Arrowverse actors. Just days ago, The Flash’s Grant Gustin revealed Flashpoint as the title of Season 3’s premiere. Now Stephen Amell is saying he has read the script for Arrow’s fifth season premiere.

But that is not all. He followed the tweet above with a quote, likely from the show’s producers.

“You have 21 days to get as ripped as you’ve ever been for the most vicious ‘oner’ in the history of network tv. No stunt double.”

What is this “oner” he speaks of? It is most probably a reference to one long, continuous shot — think The Raid-inspired hallway sequence in Daredevil Season 1. By proxy, it would also make this a reference to a potentially insane fight scene. Note that it does not say the “most vicious ‘oner’ in franchise history,” but in “the history of network tv.” What could they possibly have planned for a premiere episode? Perhaps all of those villain and vigilante castings will make sense on day one.

Again, that is not all. Hours later, the actor posted one more follow-up, offering fans a hint at what look to expect of Oliver Queen when the show returns this fall.

Excited to debut my suddenly salt & pepper hair in the season premiere.

Now here is a theory. Flashpoint is the title of The Flash 3.01, Arrow airs the very next night; however, Legends returns the following week, and Supergirl the week after it. What if Flashpoint in whatever form it takes, is a condensed one episode arc that does crossover into Arrow. Thus, that storyline would actually take place over a two-hour time slot. It’s admittedly wishful thinking, at best, but it could explain Amell’s hair change.

The Flash and Arrow returns on October 4 and October 5, respectively, then all will be revealed.